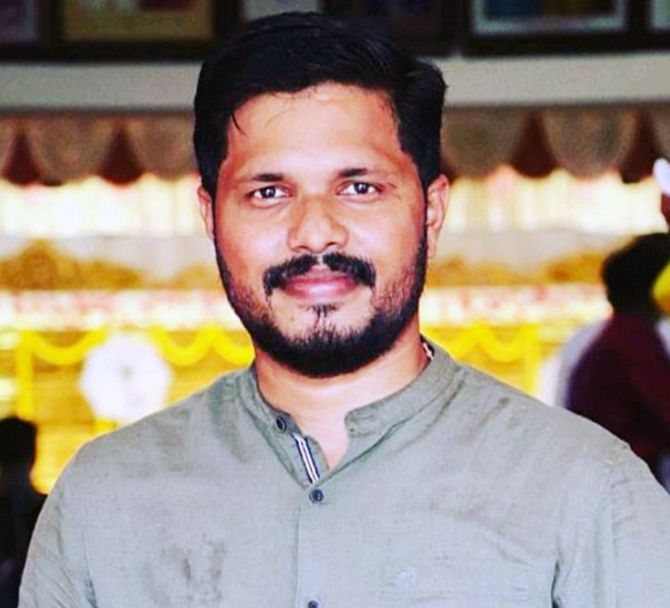 "The Dakshina Kannada police have secured the three persons who were part of the hit squad in Bellare case in the murder of Praveen Nettar. We had definite information so we have arrested them from Talapady on the Karnataka-Kerala border," the additional director general of police Alok Kumar said.

Those arrested are: Shia alias Shiabuddin, Bashir and Riyaz Anthadka.

All the three are natives of Dakshina Kannada district, Kumar told reporters, adding that already seven others have been arrested for being part of the conspiracy and who did the recce for the assailants.

"We are going to thoroughly question them why Nettar was selected as the target," the ADGP said.

"They will be questioned as to who else had helped them, which places they went to, who gave them shelter and assisted them financially. All these things will be probed and after that we will hand over them to the National Investigation Agency as the government has already ordered giving the case to the NIA," Kumar said.

He also said that six vehicles, comprising five two-wheelers and a four-wheeler, were used in committing the murder. The weapon that was used has yet to be seized. After the probe is over the case would be handed over to the NIA, Kumar said.

The assailants had allegedly used a motorbike which had a Kerala registration.

The murder of Nettar (32), who was hacked to death outside his poultry shop at Bellare in Dakshina Kannada district on July 26, had led to tension in parts of the district.