Those who try...: Sena's Sanjay Raut tweets from hospital

Even as the Shiv Sena failed to muster numbers to stake claim for government formation in Maharashtra, its ailing leader Sanjay Raut on Tuesday quoted lines of legendary poet Harivansh Rai Bachchan to reaffirm his party's resolve to succeed and not give up. 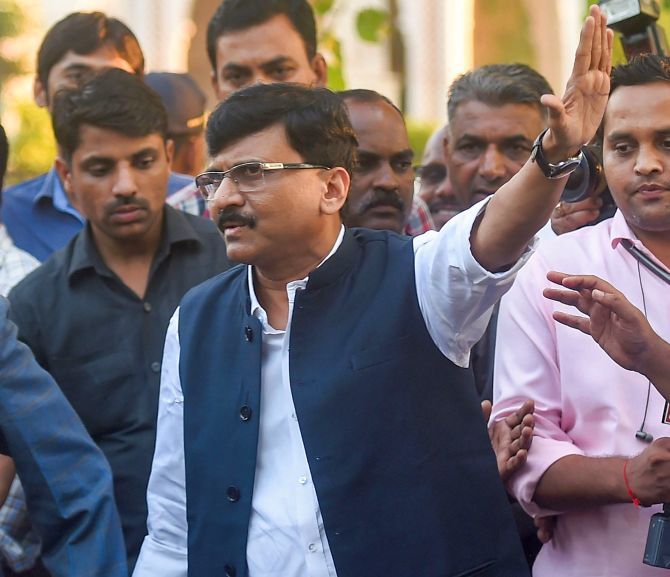 Raut, who on Monday underwent angioplasty at a hospital in Mumbai, tweeted two lines from Bachchan's famous poem: "Lehron se dar kar nauka paar nahi hoti, himmat karne waalon ki kabhi haar nahi hoti (the boat that qualms the waves never gets across, those who dare do not lose)".

The 57-year-old firebrand leader, who led the Sena's charge to seek equal share in power with the Bharatiya Janata Party after the assembly poll results in Maharashtra, complained of chest pain on Monday following which he underwent angioplasty at Lilavati Hospital.

The Shiv Sena on Monday suffered a setback in its efforts to cobble up a non-BJP government in Maharashtra with the Congress at the last moment announcing its decision to hold more talks with ally Nationalist Congress Party on supporting the Uddhav Thackeray-led party.