The Shiv Sena on Wednesday said those who forget the sacrifices of 'kar sevaks' at the time of 'bhoomi pujan' of the Ram temple construction in Ayodhya will be "Ram drohi". 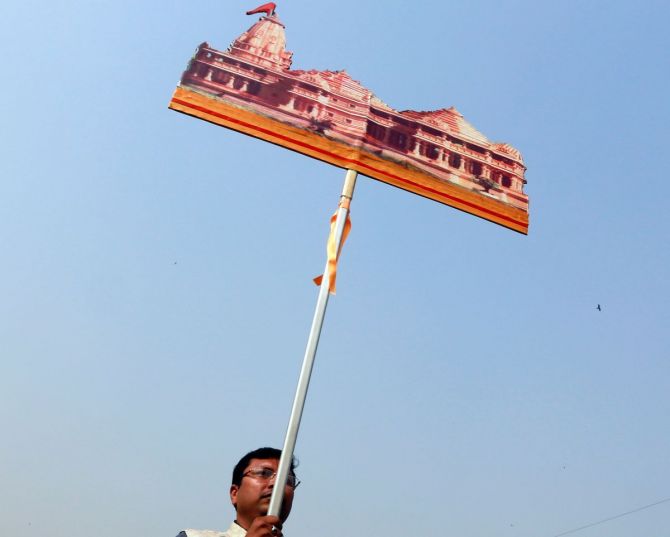 The 'bhoomi pujan' event is of the entire country and Hindus. But what is this adamant stand that nobody should get credit, the Sena wondered in an editorial in party mouthpiece 'Saamana'.

It claimed the ceremony is "personality centric and political party centric".

"The soil where the Ram temple will be constructed has the smell of sacrifices of 'kar sevaks'. Those who forget that will be Ram drohi," the Uddhav Thackeray-led party said.

The mosque in Ayodhya was demolished in December 1992 by 'kar sevaks' who claimed an ancient Ram temple had stood on the same site.

In November last year, the Supreme Court paved the way for the construction of Ram temple at the disputed site in Ayodhya, and directed the Centre to allot an alternative five-acre plot to the Sunni Waqf Board for building a new mosque at a "prominent" place in the holy town.

The Shiv Sena lamented that former Chief Justice of India Ranjan Gogoi, who delivered the historic verdict in the Ram Janmabhoomi-Babri mosque case, was not invited for the ground-breaking ceremony in Ayodhya.

Even the Shiv Sena, which played a role in the demolition of the Babri mosque, was not invited, it said.

"It has to be accepted that the legal issue was resolved during Modi's tenure. Otherwise, Gogoi wouldn't have been made the Rajya sabha member after his retirement," the Shiv Sena said.

It said Iqbal Ansari of the Babri action committee got an invite for the function.

Ansari stretched the legal battle for 30 years and "Gogoi took Lord Ram out of the legal tangle", the Marathi daily said.

Workers of the Vishwa Hindu Parishad, Bajrang Dal, Shiv Sena, Rashtriya Swayamsevak Sangh "faced lathis and bullets and many laid down their lives in the movement for the Ram temple construction," it said.

With the 'bhoomi pujan' on Wednesday, politics over the issue of Ram temple should end once and for all, the Shiv Sena said.

It said sentiments of the Congress, the Samajwadi Party and the Left parties should have been considered.

Source: PTI  -  Edited By: Roshneesh Kmaneck© Copyright 2020 PTI. All rights reserved. Republication or redistribution of PTI content, including by framing or similar means, is expressly prohibited without the prior written consent.
Related News: Shiv Sena, Saamana, Ayodhya
SHARE THIS STORY
Print this article 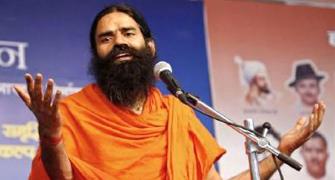 With temple, there will be Ram Rajya in India: Ramdev