This will have repurcussions, warns Chinese media after India expels 2 journos

Taking umbrage at India's refusal to extend visas to three Chinese journalists, a state-run daily has warned of "serious consequences" if the matter was a fallout of Beijing's refusal to back New Delhi's NSG membership bid. "...speculation is swirling that India is taking revenge against China for the latter's opposition to India joining the Nuclear Suppliers Group... If New Delhi is really taking revenge due to the NSG membership issue, there will be serious consequences," the editorial in the Global Times said.

Three Chinese journalists based in India representing the state-run Xinhua news agency were denied permission for extended stay in the country.

The visas of the three journalists, Delhi-based Bureau Chief Wu Qiang and two reporters in Mumbai -- Tang Lu and Ma Qiang, are expiring at the end of this month. All three had sought extension of their stay by a few months till their successors arrive.

India's act was described as an "expulsion" by some foreign media, the editorial said.

"No official reason was given for the rejection of the visa renewals. Some Indian media claimed that the three journalists are suspected of impersonating other people to access several restricted departments in Delhi and Mumbai with fake names. There were also reports attributing it to the journalists' meeting with exiled Tibetan activists," it said.

Quoting its former Indian correspondent, Lu Pengfei, Global Times said there is "absolutely no need" for Chinese journalists in India to conduct interviews under fake names and it is completely normal for reporters to request interviews with the Dalai Lama group.

"The act has sent negative messages and media communications between China and India will inevitably be negatively impacted," the editorial titled, 'India's expulsion of reporters is a petty act', said.

It claimed that by opposing India's NSG membership, China was not being disrespectful because it was obeying the rule that all NSG members are required to be signatories to the Non-Proliferation Treaty.

"India has a suspicious mind. No matter whether Chinese reporters apply for a long-term or a temporary journalist visa, they will come across many troubles. Complaints about difficulties of acquiring an Indian visa have also been heard from other Chinese who deal with India. In contrast, it's much easier for Indians to get a Chinese visa," it said.

"On the visa issue this time, we should take action to display our reaction. We at least should make a few Indians feel Chinese visas are also not easy to get," it added.

However, the editorial also pitched for maintaining friendly Sino-Indian ties.

"The China-India bilateral relationship now is on a sound track, with a by and large tranquil border and steadily booming trade. The two in general are able to maintain neutrality with regard to international affairs that are related to the other side.

"China should stick to a friendly strategy toward India, as we believe bilateral friendship is in the interests of India as well," it said.

Separately, a report in the same daily on the visa issue quoted "experts" as saying that the move shows a lack of trust in the Chinese government and reflects poorly on Sino-Indian relations.

Referring to Indian media reports that claimed the three journalists had recently traveled to Bangalore and met exiled Tibetan activists, which became an issue with the government, the report quoted Lu, also a former People's Daily reporter in India, as saying that he had visited Dharamsala with two of his colleagues in 2014 using their true identities.

"Besides, Bangalore is not a restricted area."

People's Daily is the official newspaper of the ruling Communist Party of China.

"I have frequently met exiled Tibetan activists through intermediaries, and even spoke to the Dalai Lama. I should have been expelled several times if that was the reason the Indian government gave. It was very likely an act of revenge against China for denying India membership in the Nuclear Suppliers Group," Lu said.

"China has always supported a full discussion within the NSG on the membership issue and a decision based on the consensus of all sides through consultation," the report said referring to previous comments to the media made by the Chinese Foreign Ministry spokesperson Hong Lei.

"The incident could indicate an increasing mistrust between the two countries. India thinks China does not pay it enough respect as a regional or global power," Zhang Jiadong, a professor with the Center for American Studies at Fudan University, told the Global Times.

"However, we should have faith as the two sides possess the possibility of more cooperation and common interests," Zhang added. 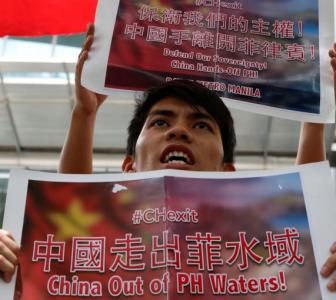 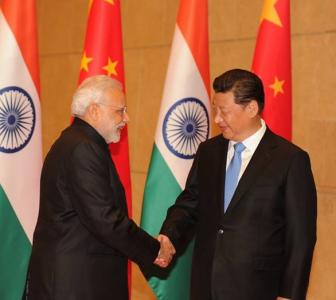