THIS number holds the key to the White House

Owing to the unique nature of the American political system, both the camps in fray for the presidential polls will be eying the magical figure of '270', which is the minimum number of Electoral College votes a candidate needs to bag to be declared as the next President.

Presidential elections in the United States are held under a system in which each state is worth a certain number of electoral votes, based on its population.

For instance California, the most populous state of the country, has 55 Electoral College Votes, followed by 38 in Texas and 29 each for Florida and New York.

Under this Electoral College System, there are a total of 538 electoral votes available. The winning candidate needs 270 to win.

These 538 Electoral College members will meet on December 17 to formally elect the president and vice president of the United States.

On January 6 next year, the Senate and the House of Representatives will assemble in a joint session to count the electoral votes and formally declare the next president and his deputy.

Notably, the system was put in place in 1804 by the 12th Amendment to the Constitution.

These Electoral College members are nominated by the presidential candidates and are expected to vote for their leader when they are elected.

For instance Indian American Kumar Barve, Majority Leader of Maryland House of Delegate, has been nominated as an Electoral College member from Maryland.

"While this has become a ceremonial function, I still consider this a great honour," Barve said.

In almost all the states, the winner of the popular votes, even by a margin of one vote, is allocated all the Electoral College votes.

According to the latest tally compiled by RealClearPolitcs based on latest polls, President Barack Obama has 201 Electoral College Votes, while Mitt Romney, the Republican presidential candidate, has 191 votes. As many as 146 Electoral College votes spread over 11 states can go either way.

These are the states where both Obama and Romney have spent thelast few weeks addressing multiple rallies.

Both Obama and Romney have avoided spending their time and energy in states where they are certain to win.

For instance, campaigns by Obama in California and Romney in Texas have not been vigorous.

In the event of a tie, or if no candidate receives a majority, then the task of choosing the President and vice president goes to the Congress by default, in a procedure known as a contingent election.

In a contingent election, the House of Representatives elects the President, choosing from among the three candidates who received the most electoral votes.

Similarly, the Senate elects the vice president, choosing between the two candidates who received the largest number of electoral votes.

The most notable feature of contingent election is that each state has the same vote, regardless of population.

The CRS said although its constitutional elements have remained largely unchanged since ratification of the 12th Amendment, the Electoral College has never worked quite the way the founders anticipated -- as an indirect, deliberate selection process, carefully filtered from political considerations.

"Instead, it accommodated the demands of an increasingly democratic and political-party dominated presidential election system, ultimately evolving into a patchwork assemblage of constitutional provisions, state laws, political party practices, and enduring traditions that, with several notable exceptions, has delivered the popular vote winners in most presidential elections," CRS said. 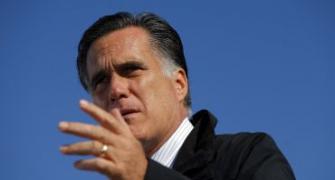 Ohio may spell good news for Obama, bad for Romney 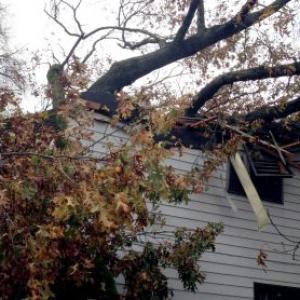 Family escapes as tree destroys house in Sandy-hit US