Leaders from across the political spectrum came out and congratulated Shiv Sena chief Uddhav Thackeray after he was sworn in as the Maharashtra chief minister. 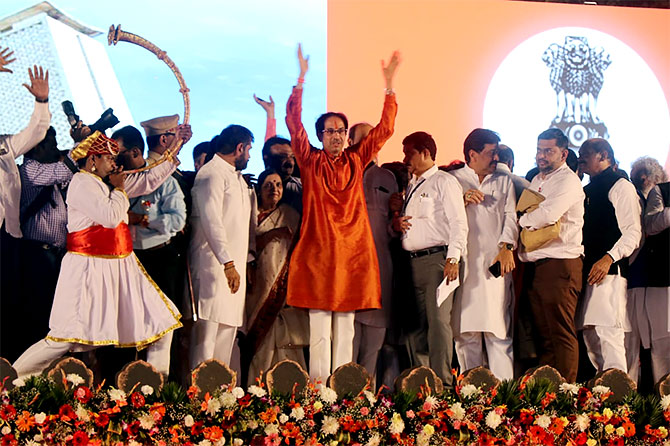 Prime Minister Narendra Modi on Thursday congratulated Uddhav Thackeray on taking oath as Maharashtra chief minister, saying he is confident that the Shiv Sena chief will work diligently for the bright future of the state.

“Congratulations to Uddhav Thackeray Ji on taking oath as the CM of Maharashtra. I am confident he will work diligently for the bright future of Maharashtra,” said the PM.

Banerjee said she was looking forward to a "pro-people and stable government" that would work for the all-round development of Maharashtra under their leadership.

“Under your diligent leadership and firm commitment, we look forward to the State having a pro-people, stable government that works for all round development,” she added.

Samajwadi Party chief Akhilesh Yadav congratulated the "Maha Vikas Aghadi" government in Maharashtra, stating that the new alliance of "secularism and socialism" will put an end to BJP's "achhe din".

"I congratulate the new 'Maha Vikas Aghadi' government in Maharashtra and new CM Uddhav Thackeray. This new alliance of secularism and socialism is the beginning of a new political era in national politics," he said in a tweet in Hindi.

Janata Dal-Secular patriarch and former Prime Minister H D Deve Gowda on Thursday congratulated the Shiv Sena, NCP and the Congress for forming a government in Maharashtra, and termed it as a "tight slap" on the face of those trying to destroy the country's democratic fabric.

"Congratulations to @ShivSena, @NCPspeaks and @INCMaharashtra on forming the Govt.in Maharashtra. This is a tight slap on the face of those trying to destroy the democratic fabric that holds our Nation together.