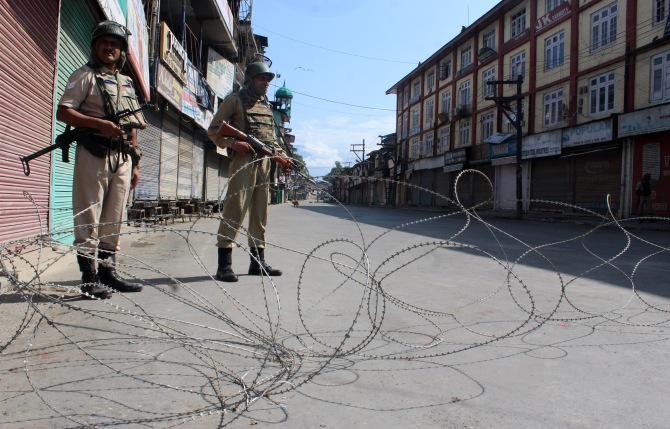 Militants hurled grenade near a police station in the old city area of Jammu and Kashmir's summer capital. Mukhtar Ahmad/Rediff.com reports from Srinagar.

A senior police officer said the militants hurled a grenade at a posse of the CRPF while they were withdrawing from the area after performing their duties.

"Militants hurled the grenade near police station in Nowhatta on Monday evening. Thirteen CRPF jawans were injured in the blast. They were taken to hospital for treatment," the officer said.

He said the area was immediately surrounded by the security forces for searches.

No group has yet claimed responsibility for the attack.

This is the first militant attack in Srinagar in recent days. The old city has been under curfew for the past three days and has witnessed repeated clashes between protestors and security forces.