3rd wave of Covid may not come if strong measures taken: Govt advisor

There may not be a third wave of coronavirus in the country if strong measures are taken and effectively implemented at the state, district and city-level, the country's top scientific officer said on Friday, two days after he warned that this wave was inevitable. 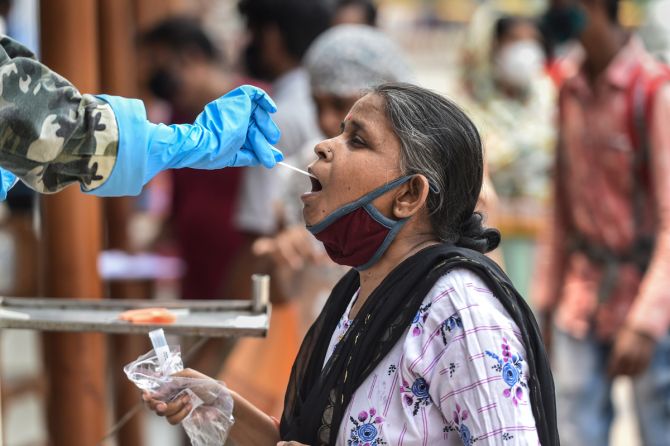 K VijayRaghavan, Principal Scientific Adviser, said the 'insidious asymptomatic transmission' can be stopped if the guidance about precautions, surveillance, containment, treatment and testing is followed.

"If we take strong measures, the third wave may not happen in all places or indeed anywhere at all. It depends on much how effectively guidance is implemented at the local level in the states, districts and cities everywhere.

"The guidance about precautions, about surveillance, about containment, about treatment and about tests. This insidious asymptomatic transmission can be stopped if we follow the guidelines. This sounds difficult, it is difficult and we can and must do it," he said in a press briefing.

On May 5, VijayRaghavan said as the virus mutates further, a third wave of COVID infection is inevitable and it is necessary to be prepared for new waves.

He said it was not expected that the second wave would hit the country with such ferocity.

"Phase three is inevitable given the higher levels of circulating virus, but it is not clear on what time-scale this phase three will occur," he had said.

Responding to a question on when the second wave which has already infected lakhs and killed thousands, will ebb, VijayRaghavan said it has already started declining in some places.

The number of cases and the positivity will decline and there will be a lag in hospitalisation and mortality, he added.

"There are other places of great concern all over the country. We must watch out and make sure that we take all steps to reduce and go up to the levels which are difficult to manage," he cautioned.

In the briefing, Additional Secretary in the health ministry Arti Ahuja said the COVID-19 case positivity is more than 15 per cent in more than 24 states and union territories including Goa, West Bengal, Karnataka, Delhi, Rajasthan, Maharashtra and Chhattisgarh, while it is between 5 to 15 per cent in nine states.

The case positivity is less than five per cent in three states.

Twelve states -- Maharashtra, Karnataka, Kerala, Uttar Pradesh, Rajasthan, Andhra Pradesh, Gujarat, Tamil Nadu, Chhattisgarh, West Bengal, Haryana and Bihar -- have over one lakh active COVID-19 cases each at present, while the count is between 50,000 and one lakh in seven.

However, Karnataka, Kerala, West Bengal, Tamil Nadu, Haryana, Bihar, Punjab, Assam and Odisha are among those showing an upward trend in daily new cases of the infection remains a cause of concern, she added.

"There have been peaks and falls in different places in India and all over the world at different times and it is useful to understand how and why the rises of infections take place, why the strength varies and how they fall and what can happen subsequently," VijayRaghavan said.

If the virus runs out of opportunities, the people it can potentially infect is lower drastically. This happens because people who have been infected earlier are unlikely to be re-infected for a while, he said.

People who are vaccinated, those who wear masks, maintain distance and isolate themselves from those who are infectious are also protected. Without the opportunities of transmission and containment steps, the peaks will fall.

"New opportunities may arise because virus may find uninfected people who were previously careful, and are now lax. New opportunities for infection may arise if people become complacent or unprotected, assuming the surge is over.

"The frequency and sizes of such ups and downs must be reduced. This is in our hands," VijayRaghavan said.

So keep effective distance and ensure adequate ventilation, do not crowd indoors or outdoors, wear masks appropriate to your occasion he stressed.

As the vaccination rolls out and the coverage is maximal, each and every measure that is taken can prevent or reduce rises and fall in current locations.

The health ministry has urged states and union territories to prioritise beneficiaries awaiting their second dose of COVID-19 vaccine and utilise supplies of vaccines through 'Government of India channel' in 70:30 ratio for second dose and first dose respectively.

The cumulative number of COVID-19 vaccine doses administered in the country has reached 16.50 crore, it added. 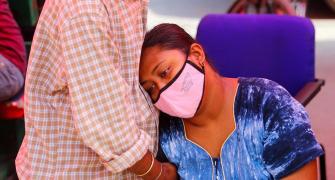 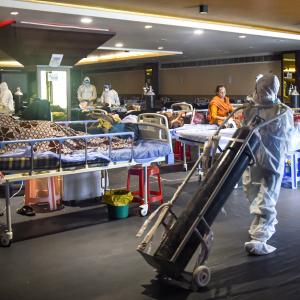