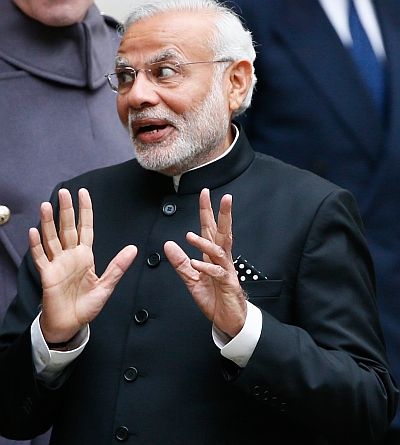 The prevailing communal situation in the country does not indicate existence of alleged intolerance in the country, the government said on Tuesday.

Replying to queries in Lok Sabha, Minister of State for Home Kiren Rijiju said the number of communal incidents were 650 this year up to October and that the responsibility of dealing with communal violence rests primarily with the respective state government.

"Although it has been brought out in various fora, the prevailing communal situation in the country does not indicate existence of alleged intolerance in the country," he said in a written reply.

The minister said as per available information, a total of 39 Sahitya Akademi awardees who received awards from 1976 onwards, one Lalit Kala Akademi awardee and three Padma awardees have reportedly returned their awards to the government.

"It has been informed that the Sahitya Akademi convened a special executive board meeting in which a resolution has been passed, requesting the writers to reconsider their decision," he said.

Rijiju said to maintain communal harmony in the country, the central government assists the state governments and Union territory administrations in a variety of ways like sharing of information, sending alert messages and advisories and sending
central armed police forces personnel besides others.

"The responsibility of dealing with communal violence as per the provisions of extant laws rests primarily with the respective state government," he said.

Number of "communal" incidents down since NDA in power: Rijiju

The number of communal incidents in the country have declined "substantially" since the NDA government has come to power.

Responding to a series of supplementaries on communal incidents in various parts of the country, Minister of State for Home Kiren Rijiju said between 2013 and October this year, the number of communal incidents reported have come down "substantially."

As opposition members questioned his remark, the minister said so far this year four major communal incidents have taken place. "In fact, the incidents have gone down and not come up since our party has come to power," he said during Question Hour.

Amid heated exchanges between the opposition and treasury benches, he said while there has been some rise in incidents between 2014 and 2015, but compared to 2013, they have come down.

He said he was comparing the number of incidents since 2013 as NDA was not in power for the entire of 2014 but only part of it. He also said he would not like to comment on the communal incidents which took place during the UPA rule.

In the written reply, government has explained that 'major events' are classified as those where over five persons have been killed or 10 injured or which lead to multiplicity of fatalities and extensive destruction of property.

'Important events' are classified where at least one person has been killed or at least 10 persons are injured.

This year, between January and October, 650 incidents have taken place with a maximum of 139 taking place in Uttar Pradesh.

While 97 incidents were reported from Maharashtra, 86 from Madhya Pradesh, 79 from Karnataka, 24 from Jharkhand, 47 from Gujarat, 59 from Bihar and 24 from West Bengal.

Rijiju rejected suggestions by Congress leader in Lok Sabha Mallikarjun Kharge that there have been more communal clashes in states where BJP has "more presence" such as Gujarat, Karnataka and Bihar.

"It is not a fair comment. What Kharge says does not tally with the figures. It is the responsibility of state government or MPs," the minister asked.

The ISIS has been able to influence very few Indian youths and security agencies are closely monitoring the situation, including keeping under surveillance potential recruits.

Minister of State for Haribhai Parathibhai Chaudhary told Lok Sabha that government is closely monitoring the situation and has directed the intelligence and security agencies to identify potential recruits and keep them under surveillance.

"The cyber space is being closely monitored in this regard," he said.

The minister said a few incidents of unfurling of flags of ISIS by some misguided youths were noticed on different occasions in Jammu and Kashmir and some other states in recent past.

"...state governments concerned have been directed to take appropriate action against such statements as per relevant provisions of law," he said.

Home Ministry officials had earlier said that 23 youths have joined the ISIS of which six were reportedly killed.

Quoting intelligence inputs, officials had said, it emerged that the dreaded terror outfit considered South Asian Muslims, including Indians, inferior to Arab fighters in the conflict zone of Iraq and Syria.

According to an intelligence report prepared by foreign agencies and shared with Indian agencies, fighters from India, Pakistan, Bangladesh as well as certain countries like Nigeria and Sudan are considered not good enough by ISIS and often tricked into suicide attacks.

The report said that a total of 23 Indians have so far joined the ISIS of which six were reportedly killed in different incidents.

Around 150 Indians are under surveillance for their alleged online links with ISIS, the officials had said.