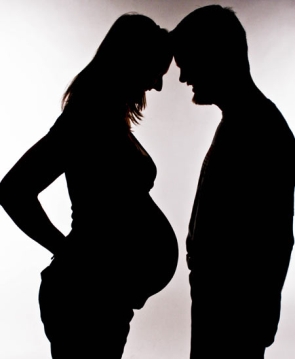 In 2001, when Bollywood film Chori Chori Chupke Chupke tried its hand at the sensitive, and tricky, subject of surrogacy, it got a lot of things twisted. Most of what we got to see in that film wouldn't stand a chance today if someone was to approach court armed with guidelines around surrogacy. So it's a good thing that 12 years later, Bollywood has again drawn attention to surrogacy, with two of the leading couples from the world of cinema -- Shah Rukh and Gauri Khan, and Aamir Khan and Kiran Rao -- opting for the alternative reproduction method to have a baby.

However, while a lot of attention has been given to the controversies surrounding surrogacy, not enough has been said about the legalities involved. Which is a shame because a couple, or an individual, toying with the idea of having a baby the surrogate way needs to have answers to a whole lot of questions concerning the arrangement. Such as: what if the surrogate mother claims the baby for her own after birth? Can perfectly healthy husband and wife opt for surrogacy if they don't want to go through the process of child-bearing? At what point is the baby taken from the surrogate mother and handed over to the parents? How many children can you have through surrogacy? What if the child is born with a congenital disease?

Let's begin with Chori Chori Chupke Chupke. The film revolves around what is called 'natural' or 'traditional' surrogacy in which the surrogate mother is also the biological mother of the baby. Which means, the ovum (or, egg) is hers. However, "under the surrogacy guidelines laid down by the Indian Council of Medical Research (ICMR), the surrogate mother should not be biologically connected to the child," says Anurag Chawla, advocate, Surrogacy Laws India, a New-Delhi based consultancy firm which has been providing legal services and guidance to intending parents since 2009.

But all this comes at a later stage. First up, the guidelines provide that "surrogacy by assisted conception should normally be considered only for patients for whom it would be physically or medically impossible/undesirable to carry a baby to term," says Chawla. This implies that only those couples or individuals who are medically incapable of bearing a child can opt for surrogacy. "Though there are no guidelines but the clinics very often check the medical history to prove this," Chawla adds. There is, however, no limit to the number of children a couple can have through surrogacy, even if they have in the past had biological children of their own but are now incapable of having more, he explains. There is also no bar on the use of assisted reproductive technology by single Indian men and women to have a baby.

Next comes finding a surrogate. Though India is the global hub for commercial surrogacy - which was legalised in 2002, there is no law for surrogacy which is, at the moment, governed by the ICMR guidelines. There is the Assisted Reproductive Technology Regulation Bill 2010, but it is yet to get Parliament's nod. The Bill states that no woman less than 21 or over 35 years of age shall be eligible to act as a surrogate mother. And, no woman shall act as a surrogate for more than five successful live births in her life, including of her own children.

First of all, the contract ought to be signed before the embryo is implanted in the womb of the surrogate mother. But this agreement has to go beyond the amount of money to be paid to the surrogate mother and at what stages. It should include life insurance cover for the surrogate mother. In India, the entire process of having a surrogate baby costs Rs 8-20 lakh. But there is more. "A human life is involved. So think of every possibility - for example, who will take care of the baby in case of the divorce or sudden death of the intended parents? Provide for financial support for the child in the surrogacy agreement or mention the name of a trusted relative who can take care of the baby in case of such eventuality," says Ramasubramanian. "A legally-binding contract with these details will hold in the court of law."

There is also the issue of multiple births. In surrogacy, as in in vitro fertilisation, or IVF, there is a good chance that the woman will conceive more than one baby. "But the maximum allowed is a twin pregnancy," says Sachdev Gour. In case there are more, doctors go for selective embryo reduction - which means, if it is a multifetal pregnancy, say triplets or quadruplets, one or more foetus is aborted. "The parents and the surrogate mother are made aware of this at the onset and are counselled about it," says Sachdev Gour. The parents have no say in this matter, adds the doctor.

Now if the baby is born with a congenital disorder, the intended parents cannot turn their back on it and refuse to accept it. "A baby cannot be treated as a commodity," says Ramasubramanian. It is mandatory for the parents to take responsibility of the baby, irrespective of any abnormality it might be born with. "Refusal to do so can be challenged in court on the basis of the surrogacy contract. The proposed Act also lists the parents' refusal to accept the baby as an offence," says Chawla.

While most legal firms encourage some amount of contact between the intended parents and the surrogate mother - "it helps you to understand the woman who is giving you the baby," says Ramasubramanian - the baby is handed over to the intended parents immediately after it is born, says Sachdev Gour. "The baby is the responsibility of the parents from the word go," she adds. They are its legal parents, with all the rights and responsibilities. The name of the surrogate mother is not mentioned on the baby's birth certificate. ICMR guidelines are clear about this. The birth certificate will only carry the name of the genetic parents or of the single genetic father.

As for feeding the newborn, "it is all top feed (formula milk)," says Sachdev Gour. Sometimes, with the help of medicines, lactation can be induced in the woman to whom the baby is being handed over, but that doesn't always work, she adds.

In the case of foreigners, a home ministry directive says that to be eligible to come to India and commission a surrogacy, the couple would have had to be married for at least two years and be here on a medical visa. Gay couples and single men and women can no longer turn to India. The proposed law, however, says assisted reproductive technology will be available to all, including single persons, married and unmarried couples.

Never mind what that 2001 film tries to sell us, surrogacy requires you to take a lot of people into confidence.