Fearing a Delhi University like violence on its campus, the Ambedkar University in the national capital has postponed an event marking the 26th anniversary of the alleged Kunan-Poshpora mass rape in Kashmir. 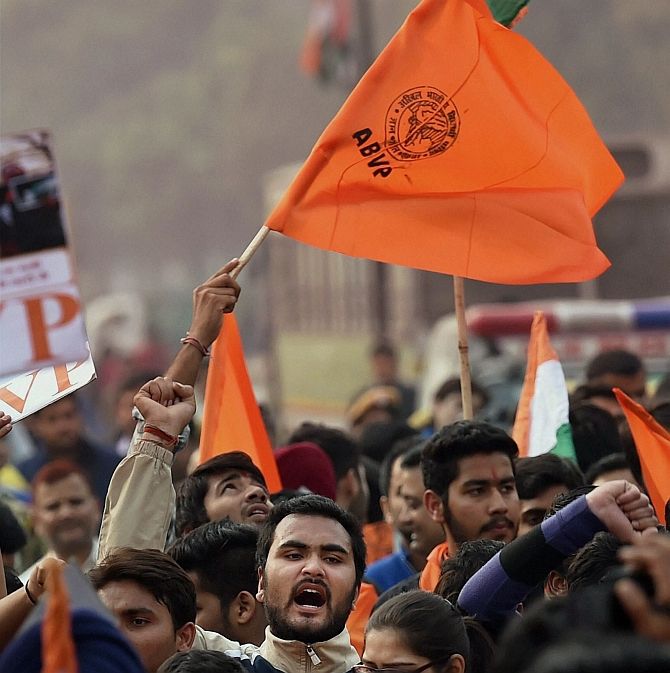 On February 23, Ambedkar University and an NGO Women Against Sexual Violence and State Repression were to organise an event to observe the Kashmiri Women's Day of Resistance on the 26th anniversary of the alleged mass sexual violence unleashed by the army against the villagers of Kunan and Poshpora in Kashmir.

Less than 24 hours before the event, the speakers were sent an email informing them that the seminar has been postponed citing the alleged threats to "freedom of speech".

"The AUD administration want some changes in the shape of the event from the faculty and we will do that and reschedule a date and place sometime in March as you can see the times are bad for the university as a place for free speech and free discussions and critical engagements in our society," the university said in an email to the speakers of the seminar.

Gowhar Fazili, a scholar who was supposed to present a paper entitled "Familial Grief, Resistance and the Political Imaginary in Kashmir", confirmed receiving the email.

"The institutions, academicians and activists buckle before the right-wing threats with such ease," he said.

Other speakers of the seminar were Bhavneet Kaur from Association of Parents of Disappeared Persons, who was slated to speak on "The politics of emotion: women's narratives of memory, resistance and the Everyday in Kashmir", Vanessa Chishti, OP Jindal University-"the woman's question in Kashmir", Iffat Fatima, director of documentary 'Khoon Div Baarav' and Essar Batool, co-author of Do You Remember Kunan Poshpora.

Delhi University's Ramjas College had on Wednesday witnessed large-scale violence between members of AISA and ABVP workers. The genesis of the clash was an invite to JNU students Umar Khalid and Shehla Rashid to address a seminar on 'Culture of Protests' which was withdrawn by the college authorities following opposition by the ABVP.

The AUD seminar, however, is not the only event to have suffered in the aftermath of the Ramjas violence.

The SGTB Khalsa College on North Campus had to postpone its street-play competition following threats from Delhi University Students Union to not allow any "objectionable and anti-national content".

Markitiers, a company providing marketing and management solutions to startups which was to organise an event on February 23 in DU to interact with students about possible startup ideas, also decided to postpone the exercise.

"Due to the barbarous and vicious duel between the ABVP community and students from JNU and DU outside the Ramjas campus last week and in order to avoid unpleasantness and pacify the matter we are postponing our much awaited event campus explore February 28 to March 3," the company said on its Facebook page.

Soldiers of Army's 4-Rajputana Rifles had allegedly raped over 40 women in Kunan and Poshpora villages during the intervening night of February 23-24 in 1991.