US Secretary of State Hillary Clinton ruffled a couple of sensitive feathers while on her otherwise successful South Asian tour.

While in Dhaka it was a remark about Grameen Bank and its founder Muhammad Yunus -- reported to be a personal friend of the Clintons, across the border in Kolkata it was a reference to foreign direct investment in the retail sector.

Sheikh Hasina's government in Bangladesh was stung by a comment by the visiting secretary of state regarding Bangladesh's pioneering micro-lender, Grameen Bank.

On her next stop in Kolkata, the West Bengal government got in a flap over the differing versions of what was discussed during Clinton's meeting with Chief Minister Mamata Banerjee.

The talks in Dhaka focused on expanding the strategic and economic ties between the two countries.

Officials in Dhaka were looking for more investment from the US and also greater duty-free access to American markets.

The visiting secretary of state is also believed to have referred to the tense political situation in Bangladesh. The opposition party of Begum Khalid Zia has called a series of strikes which have been met with stringent action by the police forces.

Hillary had met Yunus during her visit to Dhaka and in an interaction with students expressed the hope that nothing would be done to undermine the success of Grameen Bank.

"I hope it will continue without being undermined or affected by any government action," she had said. Clinton's remarks irked the Bangladeshi government.

He claimed that the government, which has a 25 per cent stake in Grameen Bank, had not taken any action against the micro-lender. He also said that the Grameen Bank had continued to show results even after Yunus had left.

Just about a year ago, in April 2011, the Bangladesh Central Bank had removed 71-year-old Muhammad Yunus from the position of managing director of Grameen Bank on the grounds of age.

Muhammad Yunus had started Grameen Bank three decades ago and its success had brought it the Nobel Prize in 2006.

The Grameen Bank founder's relations with Bangladeshi politicians, especially Sheikh Hasina had soured when he made an attempt to start his own political party before the last general elections.

In Kolkata, Chief Minister Banerjee had said that the US secretary of state had not raised the issue of FDI in the retail sector or the Teesta water sharing agreement.

However, a press statement issued by the US consulate in Kolkata stated that "touching on issues ranging from increasing US investment in West Bengal, including in the retail sector, US-India relations, regional affairs and strong people-to-people connections, the secretary reaffirmed to Chief Minister Banerjee the US desire to work with India and West Bengal to deepen and broaden our partnership".

West Bengal Finance Minister Amit Mitra shot off a letter to the US consul general in Kolkata disputing the consulate's version of the discussions.

He said that foreign investment in retail was not mentioned during the talks and strongly urged that the issue not find mention in the American press statement.

The Communist Party of India-Marxist politburo promptly took up issue, issuing a statement strongly condemning the reported talks on FDI in retail.

As various parties vented their ire, the ruffled feathers settled down within a few days. 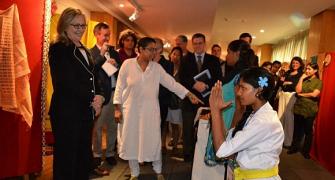 When Hillary met the Karate kid in Kolkata 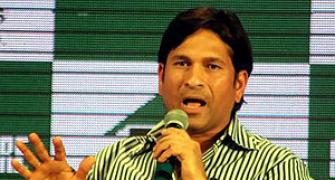 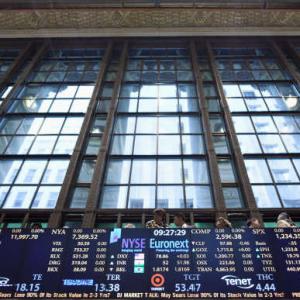 PHOTOS: 12 greatest entrepreneurs of the world