Lawyer Vikram Singh Chauhan once again led a group of his colleagues in unleashing a brazen attack on journalists and JNUSU president Kanhaiya Kumar at the Patiala House Courts complex, days after they were caught on camera thrashing scribes and JNU students and teachers branding them as "anti-nationals". 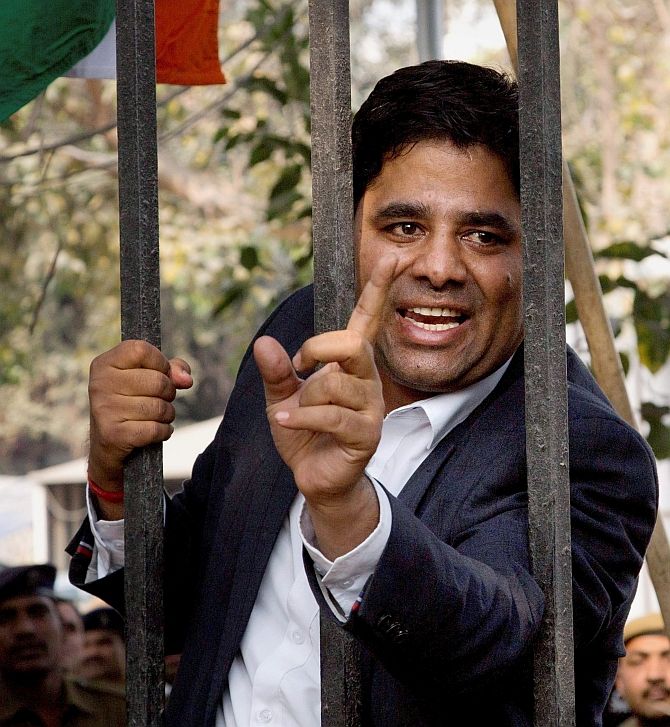 The group led by Chauhan, the face of both the assaults, attacked journalists and Kumar, in open defiance of an order of the Supreme Court, which had directed the Delhi police commissioner to ensure proper and adequate security at the court complex.

Despite restrictions by the Supreme Court, the lawyers managed to enter the court complex and roughed up a few journalists, snatched their mobiles and deleted video footage. All the while, journalists alleged, police looked the other way.

When contacted, Chauhan wondered why he was being "targeted" while those chanting anti-India slogans have been made "heroes". "Why are you not questioning them?" he asked.

"These JNU people had sent their goons to the court premises today as well. They raised anti-India and pro-Pakistan slogans. Following that a section of the lawyers voiced opposition to their acts. We were provoked," he said.

Another lawyer identified as Surendra Tyagi boasted about their action, saying "we have done our job for today".

Chauhan alleged that a rival group of lawyers was trying to attack him. "They are trying to beat us up and we don't even respond?"

Police has limited its action against Chauhan to merely summoning him despite the presence of visual evidence of his involvement in assaults on Monday and today which triggered outrage and attracted widespread condemnation.

When asked about police inaction, Delhi Police Commissioner B S Bassi only said summons have been issued to three lawyers, including Chauhan. BJP MLA O P Sharma was also caught on camera beating a CPI activist on Monday, but police is yet to take any action against him. 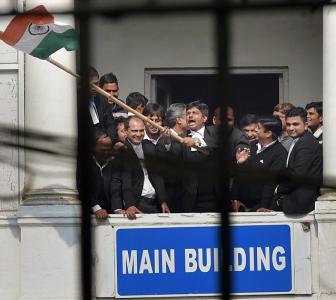 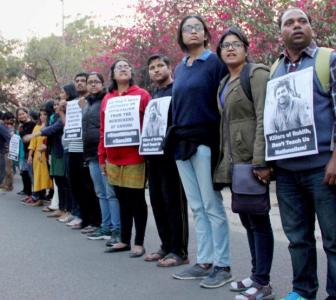 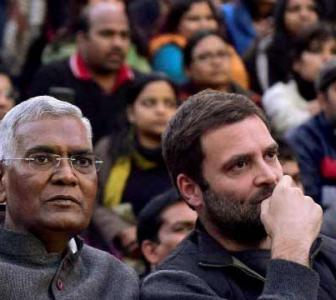 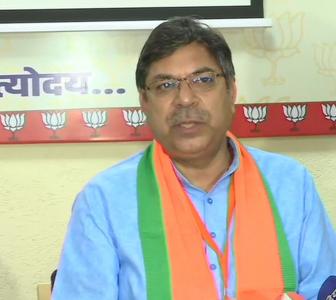 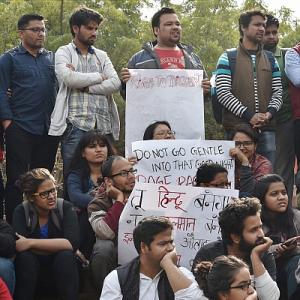