Here are brief details of the four cases against actor Salman Khan in Jodhpur: 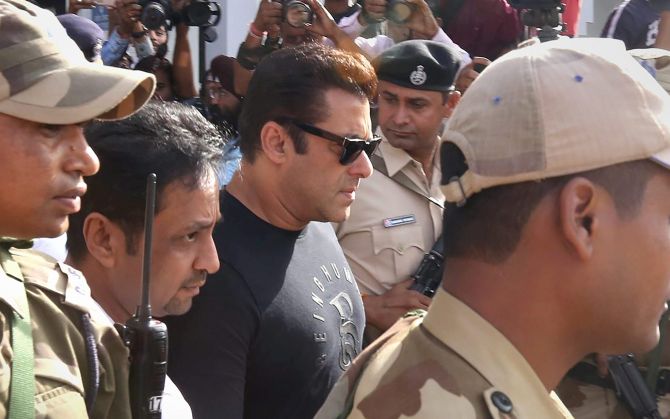 Salman Khan was first sentenced to one-year imprisonment on February 17, 2006 under Section 51 of the Wildlife Protection Act for killing two Chinkara (Indian gazelle), Rajasthan's state animal, at Bhawad village near Jodhpur on the night of September 26-27, 1998.

The sessions court later suspended the sentence on March 10, 2006.

2.
The actor was awarded a five-year jail term on April 10, 2006 under Section 51 of the Wildlife Protection Act for hunting one blackbuck, a protected animal, at Ghoda Farm near Jodhpur's Mathania village on the night of September 28-29, 1998.

Three days later the sessions court granted him bail in the case.

After the same court rejected the defence plea to suspend the sentence on August 24, 2007, Salman Khan surrendered before the court on August 26, 2007 and was sent to the Jodhpur jail.

He was granted bail by the Rajasthan high court on August 31, 2007.

After almost eight years, on July 25, 2016, the Rajasthan high court acquitted Salman in both the poaching cases in which he was convicted by the trial court (in February 2006 and April 2006).

The state government later appealed against his acquittals by the high court and filed a Special Leave Petition before the Supreme Court in October, 2016.

3.
The court of the Chief Judicial Magistrate (Jodhpur Rural) acquitted Salman of the charges under Sections 3/25 and 27 of the Arms Act on January 18, 2017.

He was booked for possessing an unlicensed .22 rifle and a .32 revolver and using them to poach two blackbucks.

The state government moved the sessions court on March 7, 2017 challenging the trials court's order of acquittal.

4.
On April 5, 2018, the court of the Chief Judicial Magistrate (Jodhpur Rural) sentenced Salman Khan to five-year imprisonment under the Wildlife Protection Act for hunting two blackbucks in Kankani in October 1998.

The court acquitted his Bollywood colleagues Saif Ali Khan, Tabu, Neelam and Sonali Bendre and a local, Dushyant Singh, giving them the ‘benefit of doubt’ for the incident. 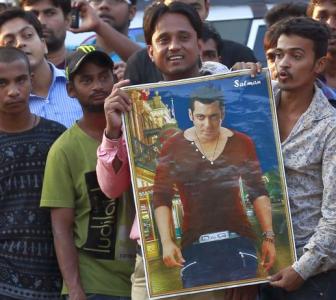 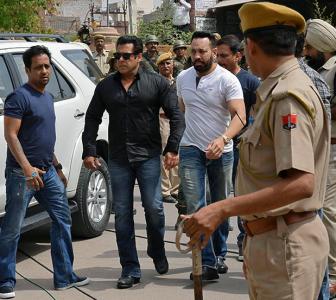 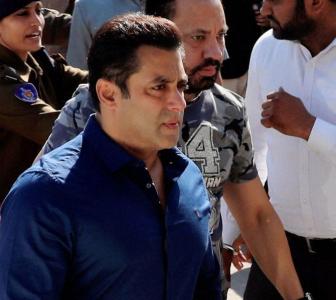 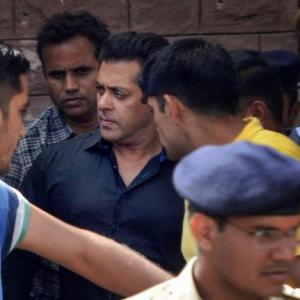 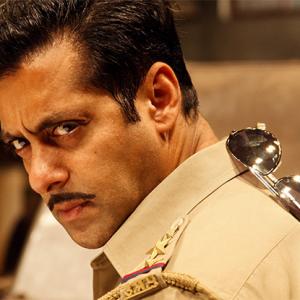