Here's your weekly digest of bizarre moments from around the world. 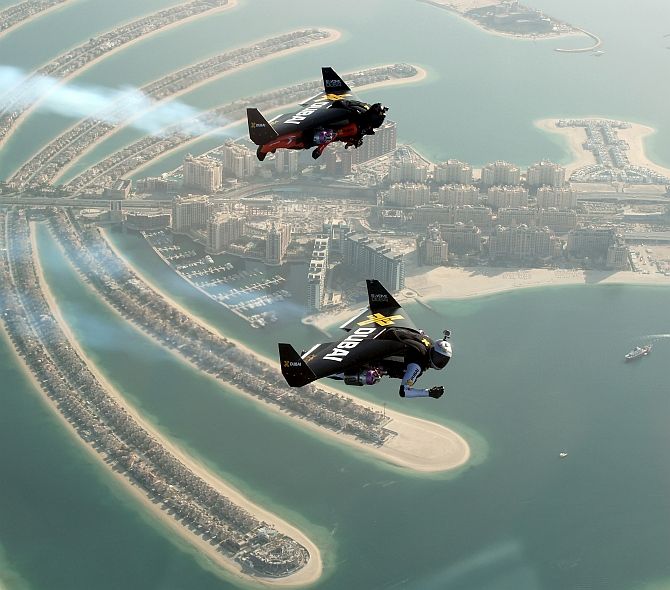 Image: Seals dressed in military uniforms swim during a show marking the 70th anniversary of the end of World War Two, at an aquatic park in the Siberian city of Irkutsk, Russia. Photograph: Evgeny Kozyrev/Reuters Image: A palace guard stands at the gate to Gyeongbokgung Palace in Seoul. Photograph: Thomas Peter/Reuters 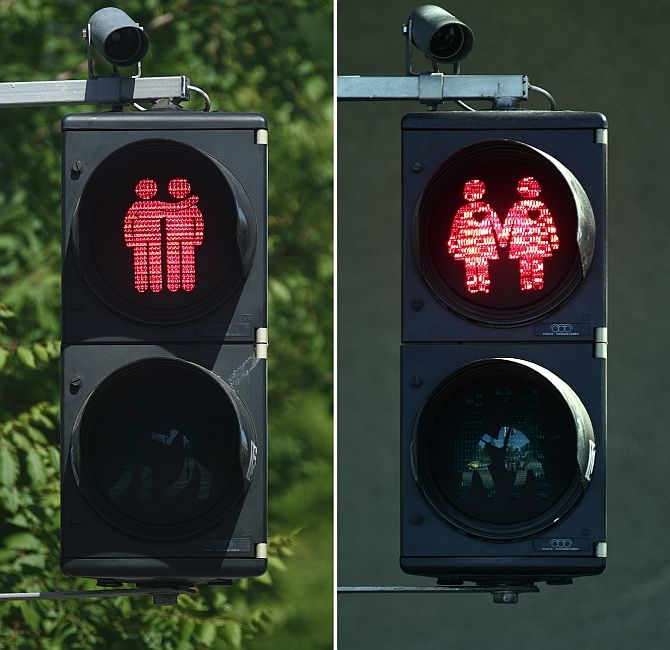 Image: Gay-themed traffic lights in Vienna. The traffic lights are intended to get the city into the mood for the annual Eurovision Song Contest, one of the world's most popular kitsch cultural events which this year is being hosted by the Austrian capital. Dozens of traffic lights in central Vienna have been programmed to show male or female gay couples with hearts - in red for stop and green for go - replacing the usual single, gender-neutral figure. Photograph: Heinz-Peter Bader/Reuters 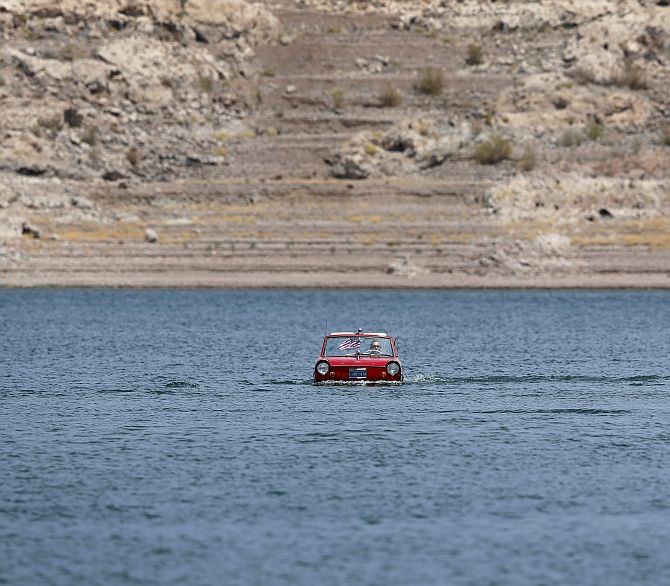 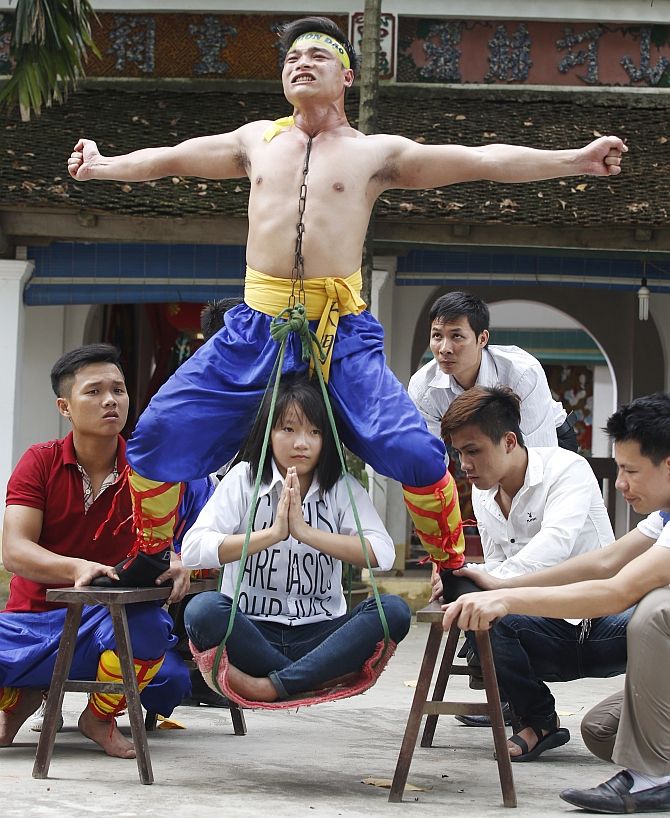 Image: Nguyen Manh Quan (top), 26, a civil servant, carries a girl using his throat area as he performs during a showcase of the traditional Thien Mon Dao kung fu at Du Xa Thuong village, southeast of Hanoi, Vietnam. Thien Mon Dao, a traditional Vietnamese martial art, was formed by 18th century villagers in Du Xa Thuong village, who believed the art form could help improve health as well as fight against foreign invaders. There are currently about 3,000 practitioners including farmers, industry workers and state servants. These practitioners say they are able to bend metal against their bodies and carry heavy objects using their throats, eyes or tongues, as well as run across the surface of a river, according to Thien Mon Dao kung fu master Nguyen Khac Phan. Photograph: Kham/Reuters Image: Women perform on the beach as preparations continue on the Croisette before the start of the 68th Cannes Film Festival in Cannes, southern France. The 68th edition of the film festival will run from May 13 to May 24. Photograph: Benoit Tessier/Reuters Image: Portraits by contemporary artist JR, collected during the month of March 2014, are displayed under the dome of the Pantheon in Paris May 7. Photograph: Benoit Tessier/Reuters Image: He Peiqi, lies as he poses for photographs next to a replica of Chongqing city that he made out of coins, in Chongqing municipality, China, May 10, 2015. He, in his 30s, collects and trades different types of coins for a living. The replica of Chongqing took him a month and more than 50,000 coins, including both ancient and modern Chinese coins and some foreign currencies coins, local media reported. Photograph: Reuters Image: A 9-meter-high panda covered with iron is seen in front of Uni Park on May 7, 2015 in Shenyang, Liaoning province of China. An Iron Panda, which is 9-meter high and 7-meter wide, is on display in northwest China's Shenyang. It's said that the panda was created by post 80s boy Bi Sheng, an artist graduated from Sculpture Department of China Central Academy of Fine Arts. Photograph: ChinaFotoPress via Getty Images 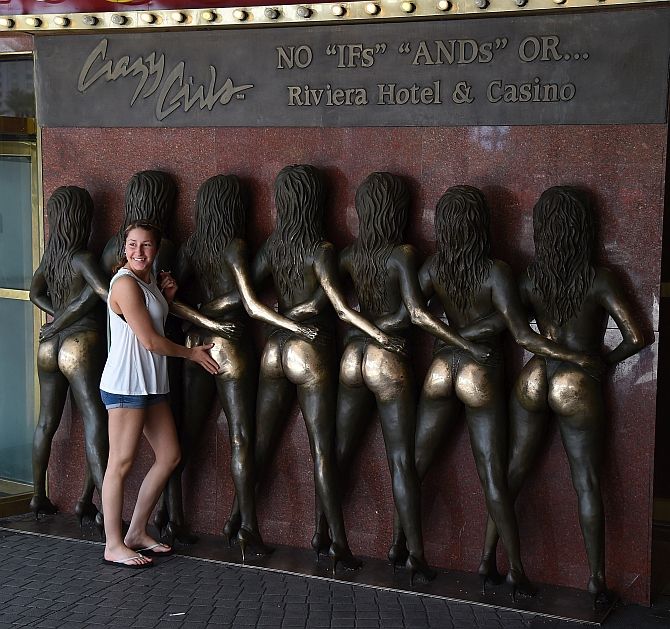 Image: Hayley Saintz of Michigan poses with the 'Crazy Girls' bronze sculpture at the Riviera Hotel & Casino in Las Vegas, Nevada. The Las Vegas Convention and Visitors Authority purchased the 60-year old property on the Las Vegas Strip for USD 182.5 million and plans to demolish it to make room for more convention space as part of its USD 2.3 billion Las Vegas Global Business District project. The hotel closed on May 4, 2015. Photograph: Ethan Miller/Getty Images