The $5 billion scam which landed Pakistan PM in trouble

The Pakistan Supreme Court on Tuesday issued an order seeking the arrest of Prime Minister Raja Pervez Ashraf in a $5 billion graft case and asked him to be produced before the court.

Ashraf had earned the nickname of 'Raja Rental' for allegedly receiving kickbacks for rental power projects when he was in charge of the ministry of power and water.

On March 30 last year, the SC delivered its verdict in a case about corruption and fraud in payment of rental power plants detected by the National Electric Power Regulatory Authority. The case was heard by a two-member bench headed by Pakistan Chief Justice Iftikhar Chaudhry. The apex court had directed the National Accountability Bureau to proceed against those who had been in charge of the water and power ministries from 2006.

In this case, the applicants -- Federal Minister for Housing and Works Makhdoom Syed Faisal Saleh Hayat and Pakistan Muslim League-Nawaz Member of Parliament Khawaja Muhammad Asif -- had appeared in person while the opponent parties were represented by their counsel.

Hayat, through a press statement, had urged the court to take action about the rental power projects which, according to him, had become a hotbed of corruption. He said that he had raised the issue of corruption in the award of RPPs at every forum, including the National Assembly, but his pleas had gone unheard.

He had then approached the SC for initiating suo motu proceedings against all those who were involved in this massive scam. The court asked Hayat to furnish evidence in support of allegations for further examination of the matter.

Hayat then submitted a detailed application dated September 26, 2009, reiterating the allegations of corruption. He furnished documents of the Pakistan Electric Power Company Limited, generation companies and the ministry of water and power.

The petitioners have contended that a meager amount of electricity was being generated through RPPs though billions of rupees had been spent on these projects. The RPPs' mode of electricity generation had proved to be a total failure in meeting the tremendous demand for power in Pakistan.

Further, the cost of power provided by RPPs was not final; it was decided by fuel cost component and charges of overhead transmission payable to the National Transmission And Despatch Company.

The petition contended that all the government functionaries, including those who were in charge of the water and power ministries from 2006 till 2008 and during whose tenure the RPPs were approved and set up, had prima facie violated the principle of transparency.

Their involvement in receiving financial benefits by indulging in corruption cannot be overruled, stated the petition, adding that they were liable to be dealt with under the National Accountability Ordinance, 1999 by the NAB.

Similarly, all the functionaries of PEPCO, GENCOs and National Electric Power Regulatory Authority, along with sponsors who had derived financial benefits from the RPPs contracts are, prima facie, involved in corruption and corrupt practices. Therefore, they are liable both for the civil and criminal action, claimed the plea.

The petition further adds that the federal government had failed to control pilferage of electricity from the system because of bad governance and failure of the relevant authorities to enforce the writ of the government. Therefore, the government is required to improve the existing system of generation and transmission of electricity by taking all necessary steps to generate power to its maximum capacity.

Following the SC judgement of March last year, the NAB issued arrest warrants for 33 people, including Ashraf on On April 20, 2012.

Last Friday, the SC had sought a clarification from the NAB over its failure to arrest those who transferred Asghar Khan, the investigation officer who was probing the Rental Power case.

An SC bench, headed by Chief Justice Iftikhar Muhammad Chaudhry, had ordered the NAB to present a comprehensive report after determining who was responsible for the transfer of the officer.

The bench had remarked that the NAB, Pakistan's premier anti-corruption body, was supposed to end corruption, not to promote it.

On Tuesday, the bench ordered the arrest of 16 people, including the premier, and directed the authorities to present the PM in court on Wednesday. 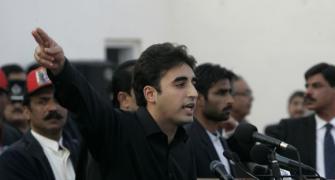 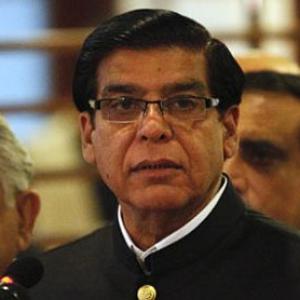