Terrorists fire upon bullet-proof bunker of CRPF in Pulwama

Terrorists fired upon a bullet-proof, mobile bunker of the Central Reserve Police Force in Pulwama of Jammu and Kashmir on Tuesday but there were no casualties, officials said. 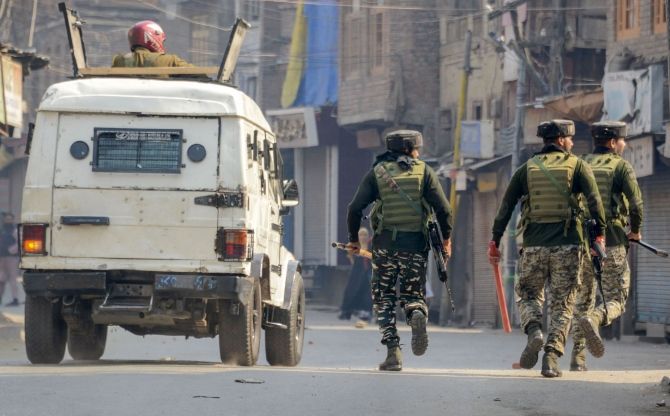 The paramilitary force officials said the terrorists fired multiple gun shots on the mobile bunker (sentry post atop a four-wheeler) of the 72nd battalion of the Central Reserve Police Force about 3:30 pm when it was stationed in the Drubgam area of Rajpora in Pulwama district.

At least six to eight bullets were fired by the terrorists at the CRPF post when the personnel were deployed on law and order duty in the area, they said.

The firing took place near a school where class 10 board examinations were underway, but officials said the educational institute was not the target.

CRPF troops opened fire in retaliation, they said, adding that no casualties have been reported on the either side.

A search operation has been launched in the area after reinforcement arrived, a senior official said.

Immediately after the attack, the local police, based on initial reports, had, however, said that the attack was on an army patrol team.