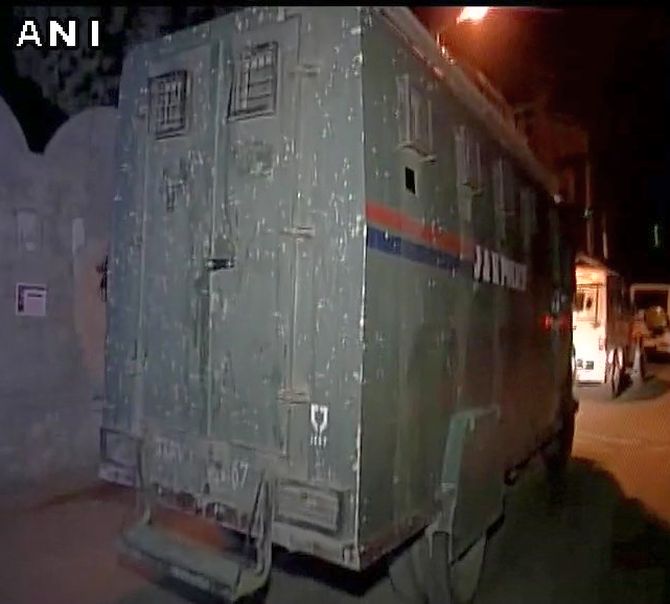 Terrorists on Friday opened fire on a police bus on the Srinagar-Jammu national highway in the Pantha Chowk area, killing a policeman and injuring three others.

The bus carrying personnel of the Jammu and Kashmir Armed Police came under fire from the terrorists in the evening. The vehicle was going from Bemina to Zewan, a police official said.

Four policemen were injured in the attack. They were rushed to the Army’s 92 Base Hospital at Badami Bagh cantonment, where Head Constable Kishan Lal succumbed to his injuries, he said.

The condition of the three others is stable, he said.

The Lashkar-e-Tayiba claimed responsibility for the attack. In a statement, LeT spokesperson Dr Gazhnavi said that the outfit attacked a police vehicle and caused damage to forces.

Meanwhile, a Border Security Force jawan was killed in a sniper attack by the Pakistani army from across the Line of Control in Jammu and Kashmir’s Poonch district.

A senior BSF officer said the Pakistani army violated the ceasefire and targeted a jawan of the border guarding force, who was on duty at a post along the LoC, with sniper fire.

The jawan, who was critically injured in the attack, succumbed subsequently, he added.

This year has seen a sharp increase in ceasefire violations by Pakistan. Till August 1, there were 285 of such violations by the Pakistan army, while in 2016, the number was significantly less at 228 for the entire year, according to army figures.

Eleven persons, including nine soldiers, were killed and 18 injured in ceasefire violations by Pakistan army in July, as per the army data.

There were 83 ceasefire violations, one Border Action Team attack and two infiltration bids from the Pakistani side in June, in which four persons, including three jawans, were killed and 12 injured.

In May, there were 79 ceasefire violations, according to officials.