IMAGES: Security personnel launch a hunt of terrorists who carried out an attack on an army convoy in Qazigund, killing one jawan. Photographs: Umar Ganie/Rediff.com

Two jawans were killed and four others injured when terrorists attacked an Army convoy on the Srinagar-Jammu national highway in south Kashmir's Kulgam district on Saturday. 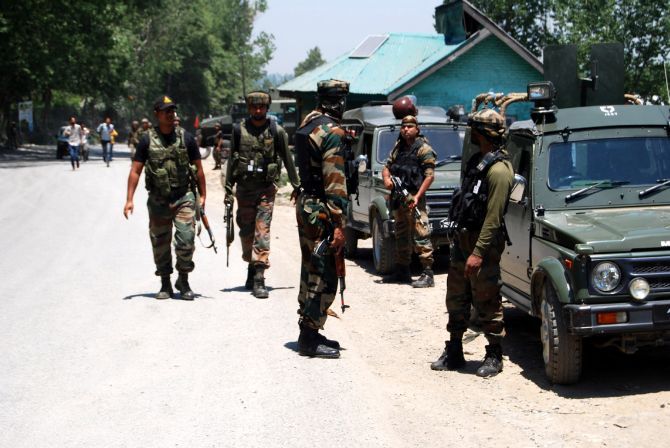 He said the injured were evacuated to Army’s 92 base hospital in Srinagar where two jawans succumbed to their injuries.

The other four are being treated, the official said.

He said a hunt is underway to nab the attackers.