Terrorist attacks like Uri escalate tensions: US after surgical strikes 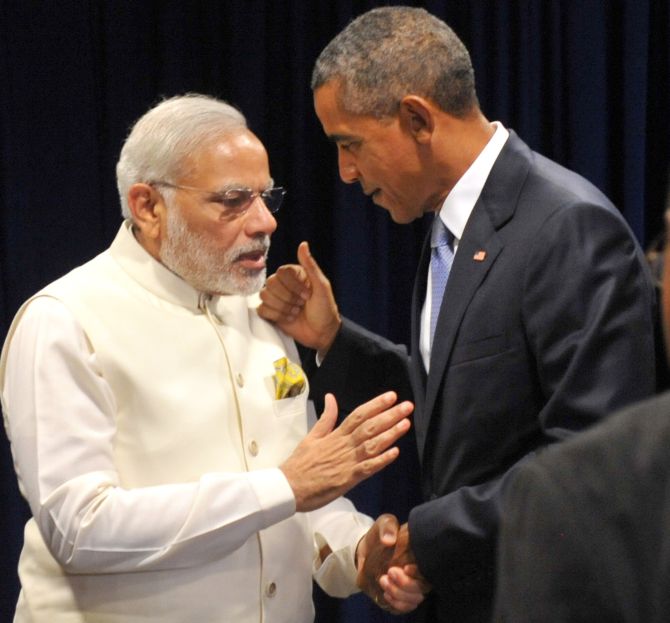 A terrorist attack like the one on an Indian Army camp in Uri “escalates tensions”, United States have said, asking Pakistan to take action against United Nations-designated terrorist outfits and delegitimise them.

“Obviously, an (terrorist) attack like that (in Uri) escalates tensions. What I don’t want to do is try to get into, you know, some sort of broad characterisation one way or the other but obviously an attack like this is horrific and...”, the State Department Spokesman, John Kirby, told reporters.

The spokesperson was interrupted by a reporter mid-way that her question was about India’s response to the September 18 Uri attack.

“But the Indian response is that -- is that the kind of escalation that Secretary Kerry was warning against?” the journalist asked referring to the telephonic conversation between the Secretary of State John Kerry and the External Affairs Minister Sushma Swaraj earlier this week.

Kirby was quick to clarify that he was referring to the Uri terrorist attack.

“Oh, I thought you were talking about the Uri attack,” the spokesman said.

On September 27, Kerry spoke with Swaraj. For technical reason, the conversation was spread over two separate calls.

“I can confirm for you that the secretary spoke with -- on the 27th, so earlier this week, with Indian External Affairs Minister Swaraj and reiterated his strong condemnation of the September 18 Uri attack.

He condemned terrorism in all its forms and he cautioned against any escalation intentions,” he said.

Responding to questions, Kirby called for de-escalation of tension between the two countries.

“We’ve seen those reports (of Indian surgical attack), we’re following the situation closely as I think you can understand.

“We also understand that the Indian and Pakistani militaries have been in communication,” he said.

“We believe that continued communication is obviously important to reduce tensions.

“We’ve repeatedly expressed our concerns regarding the danger that terrorism poses to the region and we all know that terrorism in many ways knows no border,” Kirby said.

“We continue to urge actions to combat and de-legitimise terrorist groups like Lashkar-e-Tayiba, and Haqqani Network, Jaish-e-Mohammed.

So, this is something that we’re obviously keenly focused on,” Kirby said in response to a question.

Counter-terrorism co-operation, he said, is something that the United States is always working at with its partners in the region.

“We’re always trying to get better at combating terrorism in the region.

“There are many ways you can do that, you know, through information sharing regimens and increasing communication between all parties involved,” he said.

But he refused to entertain questions on if there was any co-operation between India and the United States on the latest Indian operation.

“I don’t have a specific laundry list here to read out to you because, frankly, it’s something that we’ve been constantly working at with our partners in the region,” he
said.

Kirby said America’s message to both sides has been the same in terms of encouraging them to increase communication to deal with this threat and to avoid steps that escalate the tensions.

“I think I’m not going to get into characterising each and every step along the way there.

“But obviously, what we want to see is increased cooperation against what is a very shared common threat for both countries, and to see steps being taken to deal with it by all sides,” Kirby said.

Meanwhile the US Ambassador to India, Richard Verma, who was in Washington, DC has rushed back to New Delhi.

“As far as I know, he’s returning to New Delhi. My understanding is that he believed that it was, appropriate for him to go back.

“He has got a big job. There a lot of responsibilities that come with it. And, obviously it’s a very dynamic situation and he felt it was prudent to go back. We support that,” Kirby said.