Terrorist organisations are "real cancer" within Pakistan and the nation has a challenge to eradicate terror forces within its borders, a top White House official said.

"My view is that there is a real cancer within Pakistan, from the standpoint of militant organisations," John Brennan, Assistant to the US President for Homeland Security and Counterterrorism, said in his speech at the Paul Nitze School of Advanced International Studies.

recognition in the United States as well as throughout the world, that Pakistan has a real challenge ahead of it to uproot and eradicate the forces of militancy within Pakistan," he said in response to a question.

The official said "the Pakistani government and the Pakistani people have to be very honest with the challenge that they face domestically, that it is an area that has served as a training ground, as a launching pad to carry out attacks."

He said people of Pakistan are also victims of terror acts, which they witness on a "daily basis".

"Not just against other countries, against the United States -- against Pakistanis.  You know, men, women and children on a daily basis in Pakistan are being horrifically murdered by these, you know, attacks, suicide attacks. They're anything but suicide; they're homicide attacks. They kill by the scores."

Brennan hoped Pakistan government and other concerned institutions are going to become even more aggressive in taking the battle to the forces of militancy and terrorism.

The top counter-terrorism official said the Obama Administration has  a long-term goal in AfPak area, which is to make sure that the US is able to maintain deep, strong and broad counterterrorism ties with Pakistan and Afghanistan.

"When we've talked about it in the interagency and with the president, we talk about the Afghan-Pak theater, making sure that we have in place the architecture that will allow us to continue to monitor the development of Al Qaeda sort of capabilities, to disrupt it when we can and where we see it, and to mitigate the threats that are coming," he said.

"That architecture involves sources that we have both technical, human, it involves partnerships with the Pakistanis and the Afghans. It's having the ability to make sure that

there is going to be dialogue and cooperation between Afghanistan and Pakistan, because that is the border area where the Haqqanis and others, you know, leverage for their purposes both inside of Afghanistan and in Pakistan," the offical said.

Brennan hoped drawing down the 10,000 troops by this year and then the full surge complement to a total of 33,000 by next summer will not affect US' ability to continue counterterrorism effort.

He said, as such, there is no alternative to continued engagement with Pakistan.

"In my mind, there's no alternative to us or to the Pakistanis to ensuring that we continue engaging with them. That's why I said it's frustrating. But at the same time, no other country have we taken as many terrorists off the battlefield than in Pakistan. No other

country has lost more security and intelligence officers than Pakistan," he added. 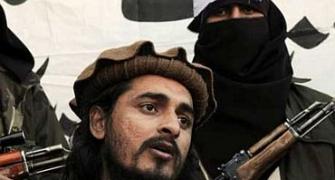 Kashmiri may have aided 26/11 attacks: Pakistan