Tension along Assam-Mizoram border after violence; CMs fight on Twitter

A tense situation prevailed along the disputed Assam-Mizoram border following clashes while chief ministers of both states were locked in a war of words on Monday, blaming each other's police for the violence, and sought the intervention of the central government. 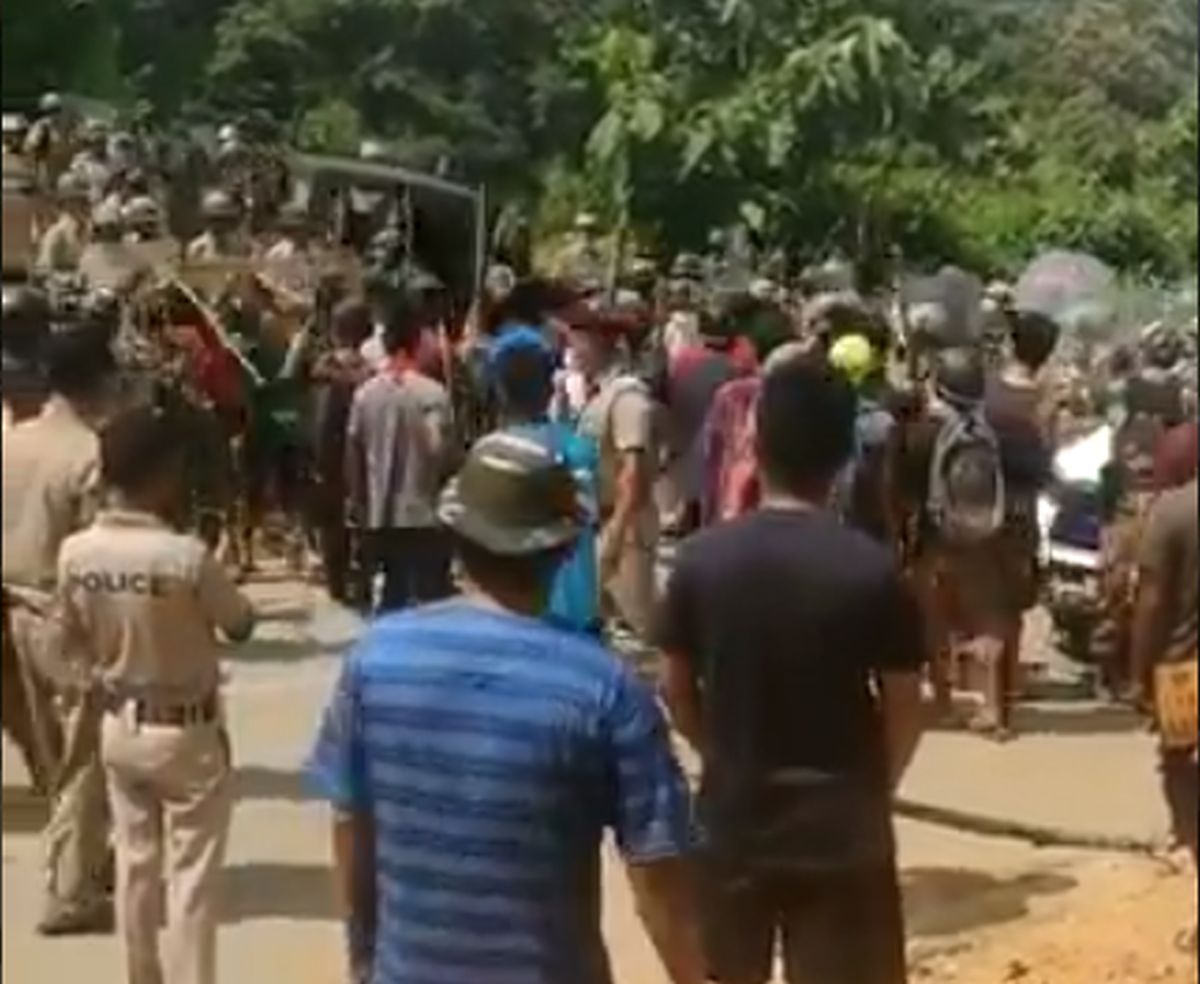 As the two leaders traded charges on Twitter, Assam Chief Minister Himanta Biswa Sarma said he has spoken to his Mizoram counterpart Zoramthanga and his police force will maintain peace.

Zoramthanga accused the Assam Police of resorting to lathi-charge and lobbing tear gas shells while Assam Police claimed that a large number of "miscreants" from Mizoram were indulging in stone pelting and had attacked the Assam government officials.

Following a territorial dispute, there were clashes along the inter-state border in August 2020 and February this year.

He said these belonged to farmers from Vairengte, the nearest border village from Assam.

Locals on the Assam side alleged that miscreants armed with sticks, rods and even rifles, attacked personnel of the Assam Police at Lailapur and damaged several vehicles, including those belonging to the office of the Deputy Commissioner.

Zoramthanga posted a video in his Twitter handle of a stand-off between Assam police personnel and a group of stick-wielding youths.

Zoramthanga also alleged in another tweet that "an innocent couple" on their way back to Mizoram via Cachar was "manhandled" by "thugs and goons".

"How are you going to justify these violent acts?" he asked.

The Assam Police countered the Mizoram chief minister's allegations by saying that people from Mizoram attacked its personnel and indulged in stone-pelting on them.

"It's unfortunate that a large number of miscreants from Mizoram are indulging in stone pelting and such forms of attack at Assam Government Officials, stationed at Lailapur to protect Assam's land from encroachment," it tweeted.

The Assam Police also said, "We strongly condemn these acts of vandalism and reiterate our resolve to protect Assam's boundary."

The Assam chief minister tweeted: "Honble @ZoramthangaCM ji , Kolasib ( Mizoram) SP is asking us to withdraw from our post until then their civilians won't listen nor stop violence.

"How can we run government in such circumstances? Hope you will intervene at earliest @AmitShah@PMOIndia," he tweeted along with a video of the situation.

Later, Sarma said he has spoken to his Mizoram counterpart and reiterated that Assam Police will maintain the status quo and peace along the border.

"I have just spoken to Hon'ble Chief Minister @ZoramthangaCM ji. I have reiterated that Assam will maintain status quo and peace between the borders of our state. I have expressed my willingness to visit Aizawl and discuss these issues if need be @AmitShah @PMOIndia," he said.

Police to withdraw from Vairengte for the safety of civilians.

The Bharatiya Janata Party is currently in power in Assam, while the Mizo National Front, a constituent of the BJP-led North East Democratic Alliance, is ruling in Mizoram.