Tucked away in one of the numerous bylanes of Ayodhya around 2 km from the site for the Ram Mandir is the temple of Badhi Devkaali -- the 'kuldevi' or the presiding deity of the clan of Lord Ram. 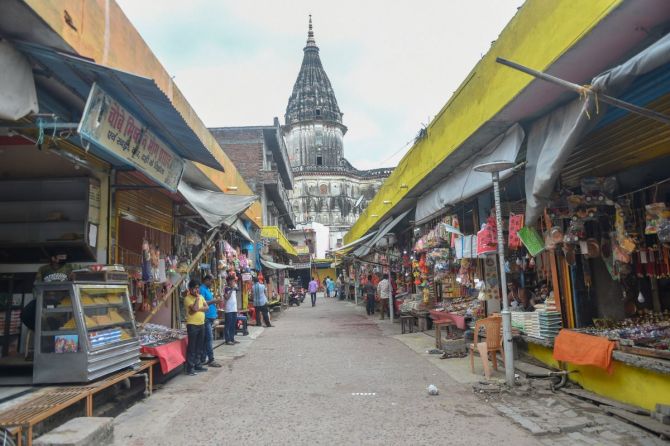 With the 'bhoomi pujan' for a temple at the spot where many devout Hindus believe Lord Ram was born, priests are enlivened with the hope that their Badhi Devkaali Mandir too will get footfalls from far and wide.

Mahant Sunil Pathak has an interesting tale to share about this temple.

"The goddess appeared in the dream of Raja Raghu, an ancestor of Lord Ram, and instructed him to conduct a yajna, and he will be victorious in a battle.

"Raja Raghu conducted the yajna and emerged victorious in the battle. He then got the statue of Badhi Devkaali installed here," the priest said.

It is believed that after the birth of Lord Ram, his mother Kaushalya visited the temple with her entire family.

"Since then, whenever a child is born in any home, the family members visit this temple. Many people start their new tasks after paying a visit to goddess Badhi Devkaali," Pathak said.

He now hopes that with the groundbreaking ceremony for the Ram Temple, the significance of Badhi Devkali Mandir will become known far and wide, attracting devotees in large numbers.

"I feel overjoyed as an 'Ayodhyavaasi', as Lord Ram has got a place at his birthplace. Ram is the soul and character of India.

"Once the Ram Temple is built, devotees will flock Ayodhya to have a glimpse of Lord Ram, as well as Badhi Devkaali temple. I am confident that people become aware of this temple's importance and they will visit in large numbers," Pathak told PTI.

The temple witnesses rush of devotees during Kartik Poornima, both the navaratras and on Ram Navami.

Bhaskar Singh, a resident of Lucknow, whose native village is in Ambedkarnagar district, adjacent to Ayodhya, said, the temple is famous among candidates contesting urban local bodies elections and panchayat elections.

"Those who win, come here to thank the goddess, while those who lose, turn up seeking solace and divine intervention for the next elections," he said.

It is also a local custom for the newlyweds come to the temple and pay their obeisance to the deity before entering their house, Singh said.

Sushil Kashyap, a resident of Gonda said, "Whenever, I come to Ayodhya for any work. I try my best to visit this temple." 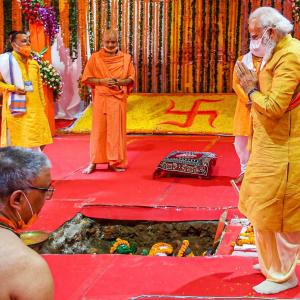 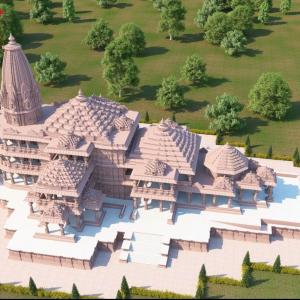