Source: PTI
December 02, 2011 14:26 IST
The Telangana Rashtra Samiti on Friday gave a notice to Andhra Pradesh Assembly Speaker Nadendla Manohar seeking to move a no-confidence motion against the Congress government for "failing to keep its promise on the Telangana statehood issue."

The TRS notice came a day after the principal opposition Telugu Desam Party gave a notice for moving a no-confidence motion against the government for failing to address the farmers' concerns.

The TRS stalled proceedings of the Assembly on the second day of the winter session today demanding that the House pass a resolution seeking creation of Telangana state. The separatist party has only 12 members of Legislative Assembly in the 294-member House.

At least 30 members need to support the no-trust motion if it has to be taken up for discussion and voting. The Telugu Desam Party dubbed the TRS' move as part of its tacit political game plan in collusion with the YSR Congress.

"The TRS and the YSR Congress only want to prevent the TDP's no-confidence motion from being taken up for discussion. That's the reason for TRS to give a notice to the Speaker. Why did they not do it beforehand," TDP senior MLA Payyavula Keshav questioned.

Speaker Manohar is yet to announce his decision on the TDP's no-confidence motion though he acknowledged its receipt. The effective strength of the AP Assembly now is 287 following the resignation of six MLAs and the death of another.
The effective strength of TDP in the House is only 86, including three rebels. It can count on the support of, four Communist Party of India and one MLA each of Communist Party of India-Marxist and Lok Satta Party. Though the TRS announced it would support the TDP's no-trust motion, it wanted the latter to support a resolution on Telangana.

How many Congress MLAs owing allegiance to YSR Congress President Y S Jaganmohan Reddy will support the no-trust move is still a question mark as the support for Jagan has been dwindling with the return of several legislators to their parent party. At last count, less than a dozen MLAs are in the Jagan group, including his mother Y S Vijaya.

The ruling party should, however, not face any problem in facing the no-confidence motion given its current strength in the House which is clearly over the half-way mark of 148.

Meanwhile, TRS legislators staged a sit-in protest outside the Chief Minister's chamber in the Assembly demanding that all cases booked against Telangana agitators be withdrawn. The Chief Minister assured them that he would look into the issue. 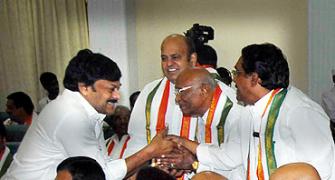 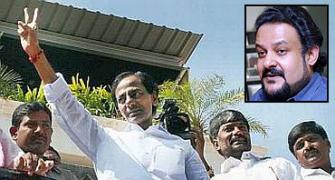 'We don't know who represents the Telangana movement' 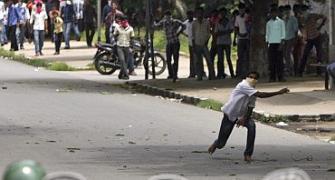 Activists set to cut Telangana off from India 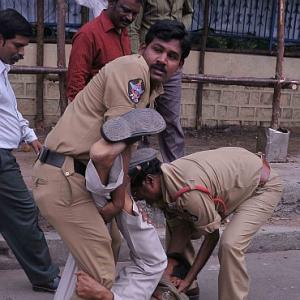 NO solution to Telangana crisis, government in a fix 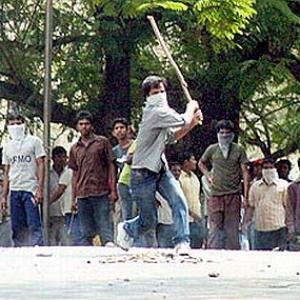