Team Anna had a meeting in New Delhi on Monday to discuss its strategy on the Lokpal Bill as the government worked to finalise the anti-corruption legislation to be presented before Parliament.

A Team Anna member said the working group of the Team Anna met to discuss the situation against the backdrop of the moves by the government.

The member said they deliberated on the preparations for Anna Hazare's protest from December 27 in case there is no forward development on the Lokpal Bill issue.

Meanwhile, Hazare changed his plans to come to Delhi on Monday and headed to his native village Ralegan Siddhi in Maharashtra where he will stay for the next three-four days.

As there were no clear indications when Lokpal bill will be introduced in Parliament, one of his close aides said he has reached Ralegan Siddhi. "He will be here for next 3-4 days," Suresh Pathare, Hazare's close aide, said.

Hazare cancelled his Hyderabad programme for Monday and wanted to be in Delhi anticipating that the Lokpal bill will be introduced in Parliament during the day.

The 74-year-old activist wanted to be present in the Visitors' Gallery of Parliament when Lokpal Bill, for which he led a protest for the past eight months, is introduced.

He cancelled his Hyderabad plans as there were reports that Cabinet will clear the bill last night and it will be introduced in Parliament on Monday.

Stepping up pressure, Team Anna member Kiran Bedi alleged that the government's unwillingness to part with CBI was to protect its past.

"People are demanding to make CBI effective and not divide and share it. Original government draft was to keep original CBI with them. May be to to keep past protected? And create another one with borrowed resources?" she said.

"What is Lokpal without CBI? Where was need for Lokpal then? What did Govt mean by Strong lokpal? What did Anna fast and people agitate for?" she said.
Source: PTI© Copyright 2021 PTI. All rights reserved. Republication or redistribution of PTI content, including by framing or similar means, is expressly prohibited without the prior written consent.
Related News: Team Anna, CBI, Lokpal Bill, Parliament, Anna Hazare
SHARE THIS STORY
Print this article 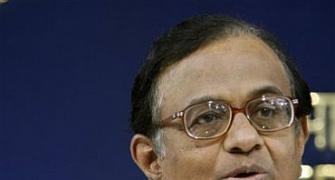 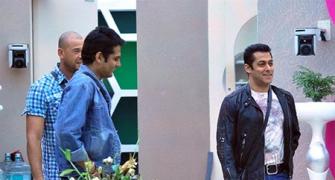 Hazare gets permission to use Mumbai's MMRDA ground for fast

Hazare changes plans, to head to Ralegan Siddhi not Delhi