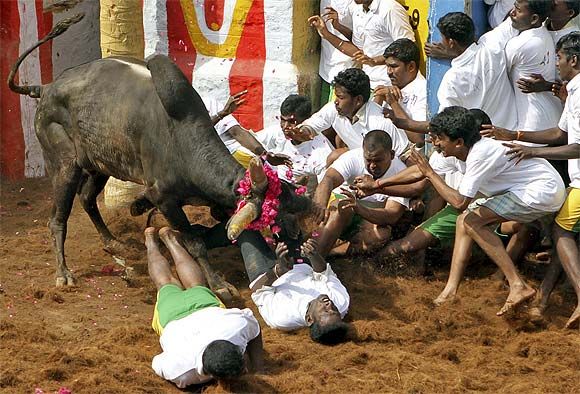 Amidst a growing chorus for holding the bull taming sport of Jallikattu this year, Tamil Nadu government on Monday urged the Centre to consider promulgating an ordinance for “removing the legal impediments” to enable the conduct of the sport next week in the state.

Chief Minister O Panneerselvam wrote to Prime Minister Narendra Modi, saying “considering the groundswell of sentiment and support for the conduct of Jallikattu all over Tamil Nadu, this is an issue on which the government of India must act with maximum despatch.”

“Given that Pongal festival, which holds great importance to the people of Tamil Nadu, is less than a week away and Jallikattu is an integral part of the Pongal festivities, considering the urgency of the issue, government of India should consider promulgating an ordinance removing the legal impediments, enabling the conduct of Jallikattu during Pongal, 2017,” he said in the letter.

Panneerselvam recalled that both he and his predecessor, the late J Jayalalithaa, had put forth a demand to Modi that the Union ministry of environment and forests “should clearly denotify” bulls as performing animals from a 2011 notification by the ministry.

The other demand was to “suitably amend Section 11(3) of the Prevention of Cruelty to Animals Act, 1960 by introducing a new clause ‘f’ in sub-section (3) of Section 11 specifically exempting Jallikattu in addition to other exemptions already provided in the Act,” he said.

However, there has been “no action yet from government of India” on the aforesaid suggestions, the chief minister said.

The Supreme Court in November last had dismissed the plea of the state government, seeking review of its 2014 judgment banning use of bulls for jallikattu events in the state.

Political parties, including the Dravida Munnetra Kazagham, have been pressing the Centre and state government to take steps to hold the sport coinciding with Pongal, the Tamil harvest festival, this year.

Protests have also been held across the state by Jallikattu supporters, demanding that the sport be held this year coinciding with Pongal.

Panneerselvam told Modi that bulls meant for jallikattu are reared exclusively for the event and are embraced by able bodied youth during the sport.

“Jallikattu is deeply ingrained as part of the cultural tradition of Tamil Nadu as a sport popular among warriors since the Sangam era and this 2,000 year old traditional sport finds mention in the ancient Tamil text Silapathigaram,” he said.

Jallikattu was “inextricably” linked to rural and agrarian customs and had religious significance, with families donating bulls to temples in fulfilment of vows, he said.

It also addressed the cause of conservation of native germplasm since bulls with excellent physical attributes are reared, Panneerselvam said.

“Further, bulls are not harmed or physically tortured during Jallikattu,” he insisted.

The chief minister said the ban against jallikattu “has caused widespread resentment and general disappointment among the people of Tamil Nadu, particularly in the rural areas, since Jallikattu is intertwined with the religious and social cultural ethos of Tamil society.”

He recalled that Jayalalithaa had in 2015 requested Centre to introduce a bill in an extended Parliament session or in a special one to amend “the relevant provisions of the Prevention of Cruelty to Animals Act, 1960, and any other relevant laws to enable the conduct of Jallikattu.” 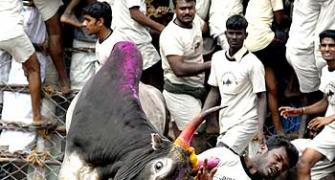 VOTE! Should the ban on Jallikattu be lifted?

'Jallikattu not a festival but a commercial event' 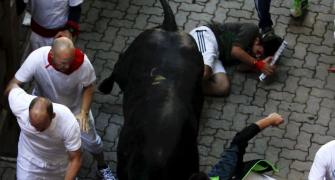 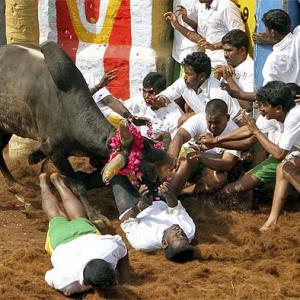