The much awaited meeting between the chief ministers of Karnataka and Tamil Nadu over the Cauvery river water distribution has failed.

The two chief ministers -- J Jayalalithaa and Jagadish Shettar-- met in Bangalore on Thursday following a directive of the Supreme Court.

The talks resumed on the same note with both chief ministers expressing difficulties over water sharing.

According to Tamil Nadu, Karnataka refused to release anymore water. It cited the problems of the farmers and the failed monsoon in the state.

Tamil Nadu on the other hand sought water as per the order of the Cauvery Waters Tribunal.

Karnataka contended that the north east monsoon had provided enough water to Tamil Nadu and hence there was no need to release any more water. It also stated that the prescribed quantity of water had been released till November 15 and if anymore is released then the farmers in Karnataka would suffer.

Now with the talks failing, both the states will return to the Supreme Court and appraise it of the meeting.

This would mean that the apex court would now have to take a final call on the matter. 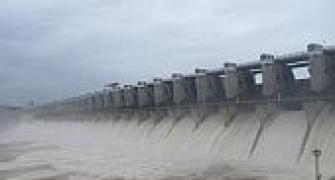 SC to TN, Karnataka: Sit and sort out Cauvery dispute