The Centre's new interlocutor for Naga peace talks, A K Mishra, has held an 'informal' meeting with the Working Committee of the Naga National Political Groups (NNPGs), the bloc said on Thursday. 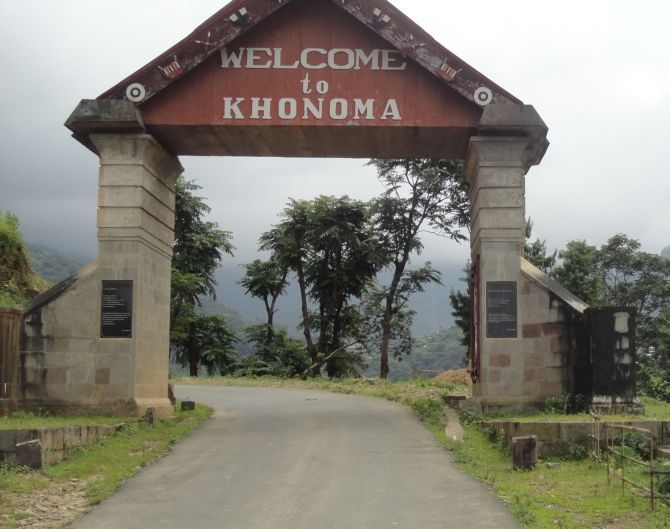 The union government has been holding parleys with PGs comprising seven groups since 2017, besides conducting peace talks with the NSCN (IM) since 1997. The Centre had also signed an ‘Agreed Position' with the PGs in 2017.

Talks between the Centre and the NSCN (IM) to find out a solution to the vexed Naga issue resumed on September 20, around two years after the deliberations stopped.

The Working Committee of the PGs headed by N Kitovi Zhimomi as the convener ‘informally' met Mishra on Wednesday, according to a statement issued by the groups' media cell.

No comment was available from the government side on the matter.

“The working committee welcomed the former special director of Intelligence Bureau (Mishra) to Nagaland and expressed hope that the Naga people's political aspiration will finally be fulfilled,” the statement said.

The Working Committee apprised Mishra of the ‘Agreed Position' signed with then interlocutor R N Ravi, it said.

"Mishra was also briefed on the disturbing trends of abduction for ransom, threats and intimidations against traders, embezzlement of public wealth in the garb of Naga struggle by gangsters and criminals, owing to delay in announcing acceptable political solution," the statement said.

Since negotiations had been completed with all negotiating groups, the PGs said it is the right time for the Centre's representative to gauge the pulse of Naga tribes and civil society organisations and sign the political agreement without delay.

The central government and the NSCN (IM) signed a Framework Agreement in 2015 in the presence of Prime Minister Narendra Modi.

The Framework Agreement came after over 80 rounds of negotiations spanning 18 years, with the first breakthrough in 1997 when the ceasefire agreement was sealed after decades of insurgency in Nagaland which started soon after Independence in 1947.

The negotiations between the NSCN (IM) and the Centre had stopped following the former's refusal to hold deliberations with Ravi after the October 31, 2019 talks in Dimapur.

Ravi, who is now the Tamil Nadu Governor, on Wednesday resigned as the interlocutor for the Naga peace talks, the home ministry said, adding his resignation has been accepted with immediate effect.