Talks with Amarinder on: Shah on alliance for Punjab polls

Union Home Minister Amit Shah on Saturday said that the Bharatiya Janata Party is in talks with former Punjab chief minister Amarinder Singh and former Shiromani Akali Dal leader Sukhdev Singh Dhindsa to forge an alliance with their parties ahead of the state assembly polls. 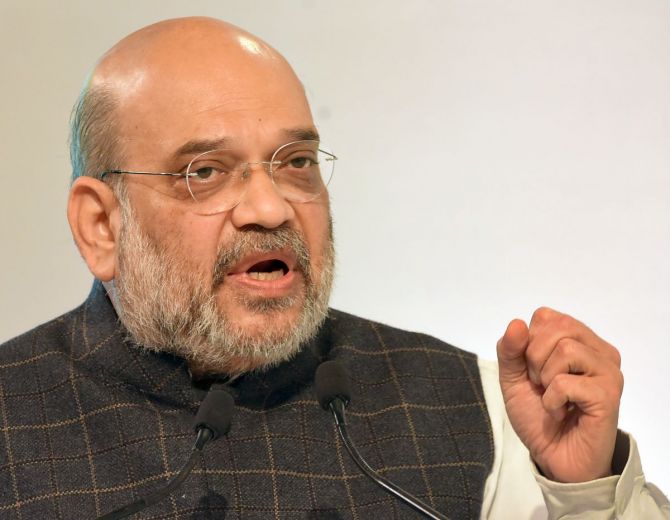 During an interaction followed by his keynote address at the HT Leadership Summit 2021, Shah also ruled out the possibility of farmers' protests impacting elections in Punjab and Uttar Pradesh, saying after the repeal of the agri laws, no other issue remains.

He asserted that the BJP will once again form the government in Uttar Pradesh with a comfortable majority.

Assembly elections in Punjab and Uttar Pradesh will be held early next year.

"We are talking to Captain saab (Amarinder Singh) as well as (former Akali Dal leader Sukhdev Singh) Dhindsa saab. It is possible that we will have an alliance with both (their) parties. We are talking to both parties with a positive mind," Shah said.

"The prime minister showed a big heart to end the farmers' protests, (saying) OK fine, if you think farm laws are not in favour of the farmers... repealed the three farm laws. Now I don't think any issue is left in Punjab. The elections will be fought on merit," he said.

Asked if there had been any changes in the electoral atmosphere in western Uttar Pradesh, he said the impact of farmers' protests was even less in the state.

In Punjab, the BJP will be testing waters on its own after its decades-old ally Shiromani Akali Dal parted ways with it over the issue of farm laws last year.

In Uttar Pradesh, the BJP will try to return to power.

Responding to a question about former BJP allies joining the Akhilesh Yadav-led Samajwadi Party in Uttar Pradesh, Shah said connecting coalitions with vote arithmetic is not the correct way of assessing elections.

"Politics is not physics but chemistry. When two parties join hands, their votes will be added is not a correct assumption according to me. When two chemicals combine a third chemical is created.

"We have seen in the past when the SP and the Congress joined hands and later all three (SP, BSP and Congress) came together, (but) the BJP won the elections. People are aware. Coalitions formed on the basis of vote banks cannot guide people now," he said.

The minister said the Uttar Pradesh elections are being fought under organisational in-charge and Union Minister Dharmendra Pradhan and the political leadership of Chief Minister Yogi Adityanath.

"I have been to Uttar Pradesh. I can confidently say that the BJP will form a government in Uttar Pradesh with a thumping majority," Shah said.