By Rezaul H Laskar
November 18, 2009 15:25 IST
The Pakistani Taliban have threatened to contaminate water sources and reservoirs with poisonous materials to pressure the army to stop military operations against them in South Waziristan tribal region. The cantonment boards of Rawalpindi and Chaklala, located near the federal capital, received the threat from the banned Tehrik-e-Taliban Pakistan.

A letter in which the Taliban purportedly threatened to contaminate water sources was faxed to the Directorate of Military Lands and Cantonments in Rawalpindi on Tuesday.The letter said the Taliban had procured 200 litres of poisonous materials that would be used to contaminate water sources and reservoirs in Rawalpindi and Chaklala, official sources were quoted as saying by The News daily.

The letter also warned the government to stop the military operations against the Taliban in South Waziristan, the sources said. Confirming reports of the threat from the Taliban, Rafiq Adil Siddique, the CEO of the Rawalpindi Cantonment Board, said the Directorate of Military Lands and Cantonments has taken "effective security measures".

All six wards in the area have been divided into four zones headed by engineers, supervisors, directors, tube-well operators and valve men to ensure the security of water sources. Tube-well operators and valve men have been issued special instructions to keep the doors of their offices closed and boundary walls of tube-well sections are being raised, the daily reported.

The military claims over 500 Taliban militants have been killed since the operation was launched in South Waziristan last month.Troops have captured several key militant bases, including the hometown of Tehrik-e-Taliban Pakistan chief Hakimullah Mehsud.

The militants have retaliated against the operation by carrying out a wave of brazen suicide attacks and bombings across Pakistan that has killed hundreds. 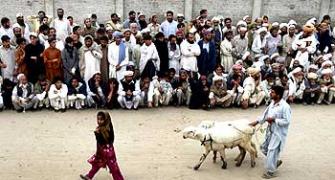 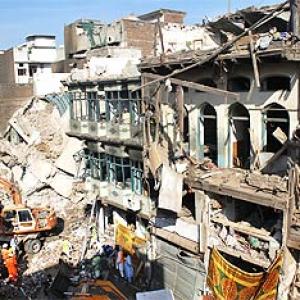 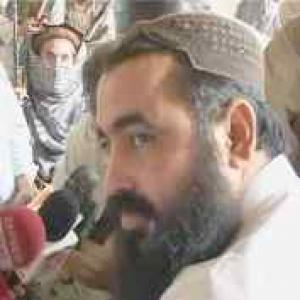 Will Pakistan government pay the CIA?