Two top United States lawmakers have called for "aggressive steps" by America to disrupt operations of the Pakistan-based Haqqani network, saying that Al Qaeda group was responsible for recent surge in attacks in Afghanistan.

Challenging President Barack Obama's assessment that the tide has turned in Afghanistan, Senator Dianne Feinstein, head of the Senate Intelligence Committee and Rep Mike Rogers said they believe that the Taliban has grown stronger since the US sent 35,000 more troops to the country.

Feinstein said it was a "huge mistake" that the US is not able to go to Pakistan where radical madrassas are fuelling a new generation of fighters.

Their comments came as reports from Islamabad said that Taliban militants had ambushed a Pakistani army security check post in Miramshah in Waziristan, the stronghold of Haqqani group, killing nine soldiers.

The Pakistan army in the first ever action in the town retaliated destroying militant hideouts. Unlike other tribal regions, the military is yet to launch an offencive in North Waziristan, despite intense US pressure.

Feinstein told CNN, "The number of people attacking out of Miramshah (in Pakistan) have killed over 500 of our people. So there is a strength. Now let me say something about that strength because this is where Pakistan enters the equation. The Pakistani radical madrassas are fuelling a new generation of fighter."

"So that an insurgency which one can expect will burn itself out after a period of time, will not necessarily burn out because there are new recruits, that's right. So we were not able to go to Pakistan. I think that was a huge mistake for us because if we had the chance to talk to the Pakistani leader, to say, look, we want to make things better," Feinstein said.

The American lawmakers, who have just returned from a trip to Afghanistan, said the Haqqani network continues to operate outposts along the Afghan-Pakistan border.

The two lawmakers said they wanted to go to Pakistan to discuss steps to break up insurgent network.

"We need your help on the improvised explosive device factories. We need your help to see that the Haqqani in North Waziristan is stopped. We need your help with Miramshah," she added.
Lalit K Jha in Washington
Source: PTI© Copyright 2021 PTI. All rights reserved. Republication or redistribution of PTI content, including by framing or similar means, is expressly prohibited without the prior written consent.
Related News: Haqqani, Dianne Feinstein, Miramshah, Pakistan, United States
Print this article
Pak hasn't done as much as US, India wanted: Clinton 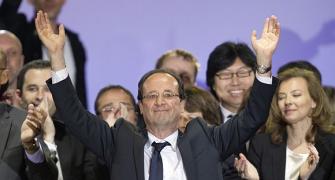 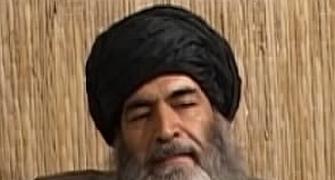