In an unusual comment, Afghan Taliban has praised India as a "significant country" in the region and said New Delhi has done well to resist United States calls for greater military involvement in Afghanistan.

"No doubt that India is a significant country in the region... They are aware of the Afghans' aspirations, creeds and love for freedom. It is totally illogical they should plunge their nation into a calamity just for the American pleasure," the Taliban said in a statement.

The group, accused of repeatedly targeting Indian interests in Afghanistan and believed to be close to Pakistani spy agency ISI, praised India for what it called sending US Defence Secretary Leon Panetta "empty handed towards Kabul."

Taliban led by elusive one-eyed Mullah Omar said that Panetta in his recent visit to India encouraged New Delhi to take a more active role in Afghanistan as most foreign combat troops leave the country in 2014, but he failed to "gain any success or progress in his efforts."

Panetta "spent three days in India to transfer the heavy burden to their shoulders, to find an exit and to flee from Afghanistan," said the Taliban, the hardline militant group which is fighting a bloody war with US-led NATO forces after its ouster from power in 2001 in Afghanistan.

"Some reliable media sources said that the Indian authorities did not pay heed to demands and showed their reservations, because the Indians know or they should know that the Americans are grinding their own axe," it said.

"Indian people and their authorities are observing this illicit war for the last 12 years and they are aware of the Afghan nation and their demands," the statement said.

During the Afghan civil war, India extended its support to the Northern Alliance against Taliban but was pushed out of Afghanistan after the militant group took over in 1996.

Taliban linked militant groups, especially the dreaded Haqqani Network, repeatedly attacked Indian interests. In one of such deadliest attacks, 58 people were killed and 141 wounded when Indian embassy was bombed in Kabul in 2008.

In the statement, Taliban said it wants to have cordial relations on the basis of sovereignty, equality, mutual respect and no interference in each other's internal affairs.

It said the solution of the Afghan issue lies in the withdrawal of the external forces and to leave the sovereignty of Afghanistan for Afghans themselves.

India is one of the biggest donors in Afghanistan, spending about USD 2 billion (Rs 11,000 cr) on civilian projects ranging from the construction of highways to the building of the Afghan parliament.

Though India extends assistance to Afghanistan in civilian areas it has avoided involvement in bolstering Afghan security, except for running courses for small groups of Afghan army officers at military institutions in India.

Taliban also vowed not to allow use of the Afghan soil for anyone's detriment.

"We have made it clear that no one would be allowed to use the Afghan soil for anyone's detriment," it said. 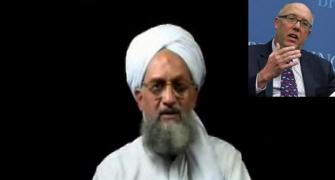 THREE of the TOP 5 most wanted terrorists are in Pak

US 'soft apology' on cards, Pak may reopen Nato route

For Pranab or against? NDA unable to agree