About 100 Taliban fighters sneaked in from Afghanistan and attacked military posts in northwest Pakistan, killing at least 13 soldiers, seven of whom were beheaded, drawing strong protest from Islamabad.

The Taliban launched the attack on military check posts in Upper Dir district of Khyber-Pakhtunkhwa province late on Sunday night.

An official statement said six soldiers were killed while unnamed military officials told the media that seven of 11 soldiers reported missing had been beheaded by the militants. Fifteen militants were also killed in the exchange of fire that followed the attacks, officials said.

The Afghan deputy head of mission was called to the foreign office and a "strong protest" was lodged on the "intrusion of militants from the Afghan side into Pakistani territory," said a statement issued by the Foreign Office.

The Afghan diplomat was informed that the government of Afghanistan "should take appropriate measures to prevent the recurrence of similar incidents in future," the statement said.

"Last night about 100 militants from across the border had entered Dir and clashed with a Pakistani security forces patrolling party. In the exchange of fire...six security forces personnel (were killed) and 11 soldiers are missing," the statement added.

Unnamed military officials were quoted by the media as saying that seven of the 11 missing soldiers were killed and beheaded.

The bodies of these soldiers had not been found but intelligence intercepts indicated they had been killed, the military officials said.

During an interaction with reporters in the southern port city of Karachi, Pakistan Prime Minister Raja Pervez Ashraf said he intended to raise the issue with Afghan President Hamid Karzai.

Ashraf, who assumed office last week, said the government had strongly protested over such cross-border attacks and he too would talk to Karzai.

The attacks were the latest in a series of cross-border assaults from regions in eastern Afghanistan, where United States troops began pulling out last year.

Similar cross-border attacks by the Taliban killed dozens of Pakistani soldiers last year and increased tensions between Islamabad and Kabul.

On Friday, one soldier was killed and two others were injured when Taliban fighters from Afghanistan attacked a check post in Upper Dir.

Pakistani security officials have blamed most of the cross-border attacks on followers of Maulana Fazlullah, a Taliban commander who fled to Afghanistan when troops launched an operation in the Swat Valley of northwest Pakistan in 2009.

Upper Dir district is located close to the Swat valley. 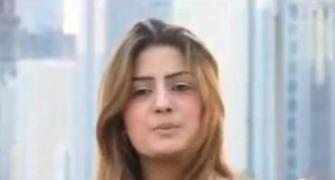 Famous Pashto singer, her dad shot dead in Peshawar
US says time for Pak to hedge bets on terror groups over
US 'soft apology' on cards, Pak may reopen Nato route 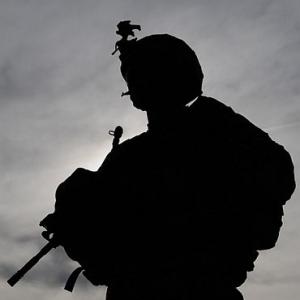