Take action as per law over R-Day violence: HC to Centre, police

The Delhi high court on Tuesday directed the Centre and the police to take action in accordance with law in the FIRs registered in connection with the violence in the national capital on the Republic Day. 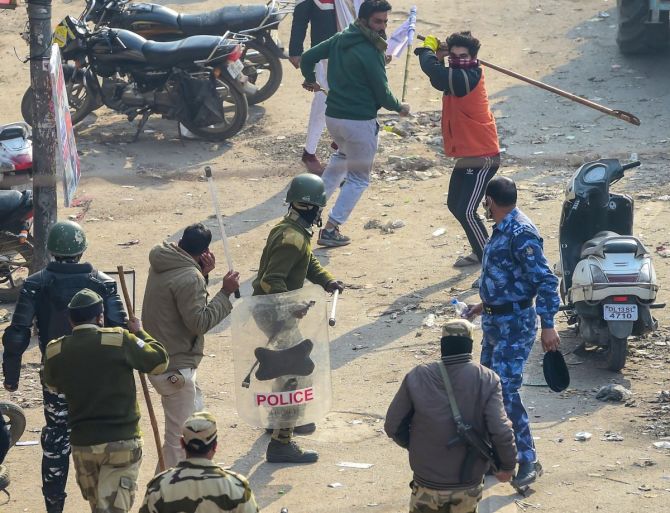 IMAGE: Farmers and police clash with one another in New Delhi on Republic Day. Photograph: Kamal Kishore/PTI Photo

A bench of Chief Justice D N Patel and Justice Jyoti Singh issued the direction while dismissing a PIL seeking immediate release of persons allegedly illegally detained by police since January 26 in connection with the protests on the Republic Day.

The court, while dismissing the petition, also observed that it appeared to be a 'publicity' interest litigation.

The petitioner, a law graduate, claims that he has come to know through news reports and social activists that people were detained from the Singhu, Ghaziabad and Tikri borders.

Harman Preet Singh had claimed in his petition, filed through advocates Ashima Mandla and Mandakini Singh, that Delhi Police on January 27 said that it has detained over 200 persons in connection with the violence in the national capital on January 26 and 22 FIRs have also been registered thus far.

On Tuesday, during the hearing, advocate Ashima Mandla told the bench that according to news reports Delhi Police has lodged 44 FIRs in connection with the incident and around 120 persons have been detained.

She had argued that not signing of arrest memos, or informing next of kin and not producing them before a magistrate "falls within the contours of illegal detention".

On January 12, the Supreme Court had stayed the implementation of the contentious new farm laws till further orders and constituted a four-member committee to make recommendations to resolve the impasse over them between the Centre and farmers' unions protesting at Delhi borders.

Thousands of farmers, mainly from Punjab, Haryana and western Uttar Pradesh, are protesting at various border points of Delhi for over two months now against the three laws -- the Farmers' Produce Trade and Commerce (Promotion and Facilitation) Act, the Essential Commodities (Amendment) Act, and the Farmers (Empowerment and Protection) Agreement on Price Assurance and Farm Services Act. 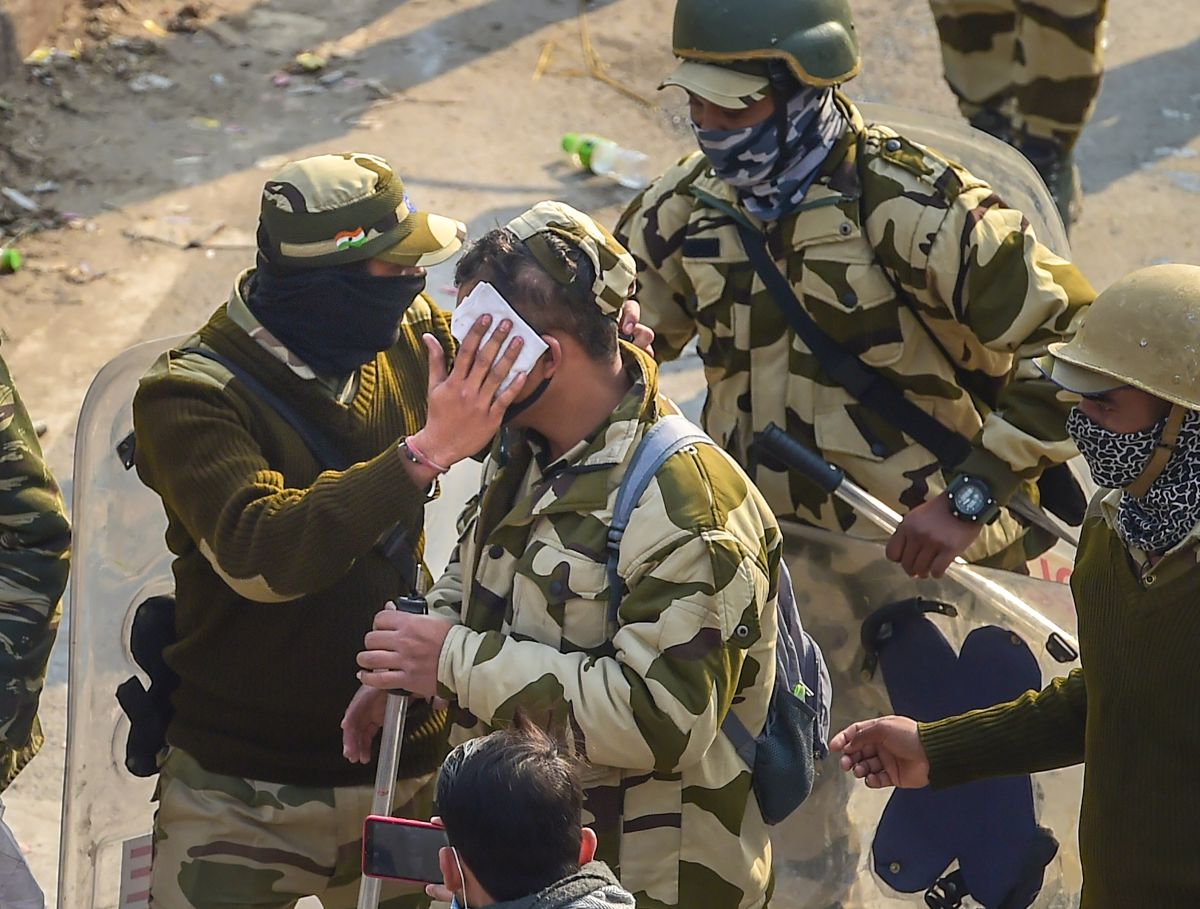