A family home in the leafy Hampstead neighbourhood of north London where Nobel laureate Rabindranath Tagore lived during a visit in 1912 is on the market, reviving some talk of its acquisition on behalf of the Indian government. 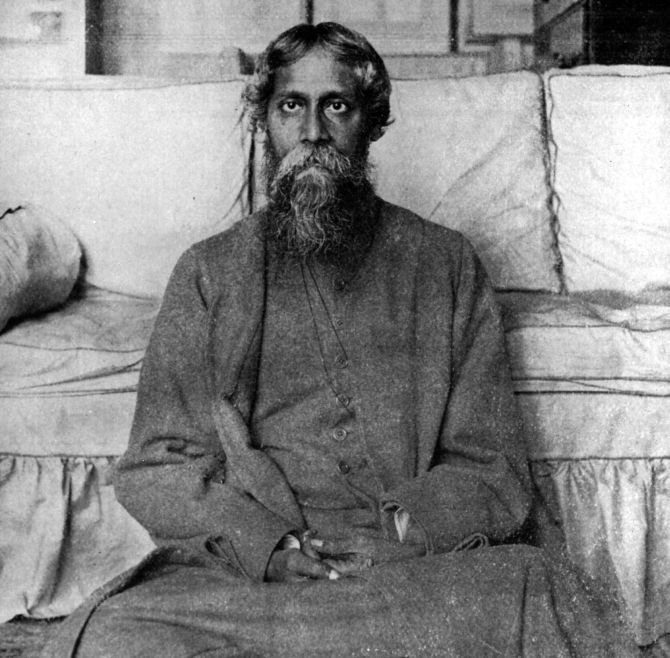 Tagore had lived at Heath Villas in Hampstead Heath, north London, for a few months while he translated his famous collection of poems 'Gitanjali'.

During her visit to the UK in 2015 and then again in 2017, West Bengal Chief Minister Mamata Banerjee had asked the Indian High Commission in London to look into acquiring the property on behalf of the Bengal government to convert into a museum-cum-memorial to the world-famous poet and writer.

"From our point of view, we are in the business of selling and as long as our client gets the value they seek and it meets all requirements under British law, all offers are welcome," said Philip Green, director of Goldschmidt & Howland, the estate agents handling the sale.

"It is a wonderful home in a spectacular part of London and we are privileged to be handling the sale. Its historical significance is recognised with the Blue Plaque but besides that, there has been a lot of interest because of its unique location, period features and beautiful views of the Heath," he said.

The three-bedroom terrace house is on the market for GBP 2,699,500 and is described online as a stylish Grade II listed Victorian Villa built circa 1863. The building's Blue Plaque, a scheme run by the English Heritage charity to honour notable people and organisations associated with particular buildings across London, reads "Rabindranath Tagore (1861-1941) Indian poet stayed here in 1912".

Goldschmidt & Howland, operating in the area since 1888, said there is some precedent of English Heritage recognised homes being converted into buildings of wider public interest, including the Freud Museum in north London – where neurologist Sigmund Freud lived.

"Of course, all the relevant planning laws and permissions would be required, through planning law experts, but there is certainly precedence for this," said Philip Green.

Tagore had set sail for England from India in 1912 and was known to have translated many of his works while in London. His company at the time included famous British artists and poets, including W B Yeats who also wrote the introduction to 'Gitanjali' – the collection of 103 translations which went on to win Tagore his Nobel Prize for Literature the next year in 1913.

A number of Tagore's plays were performed in London by British and Indian troupes and he was to return to the UK a few more times until 1931. A bronze statue of Tagore, commissioned by Tagore Centre UK and unveiled by Prince Charles in 2011, stands at Gordon Square in central London.

The Indian High Commission in London said it is so far unaware of any renewed interest in the property from the West Bengal government.