Based on a fresh medical report, the Jharkhand police has brought back the murder charge against 11 accused in the mob-lynching case of Tabrez Ansari, eight days after it was dropped against them, an official said in Ranchi. 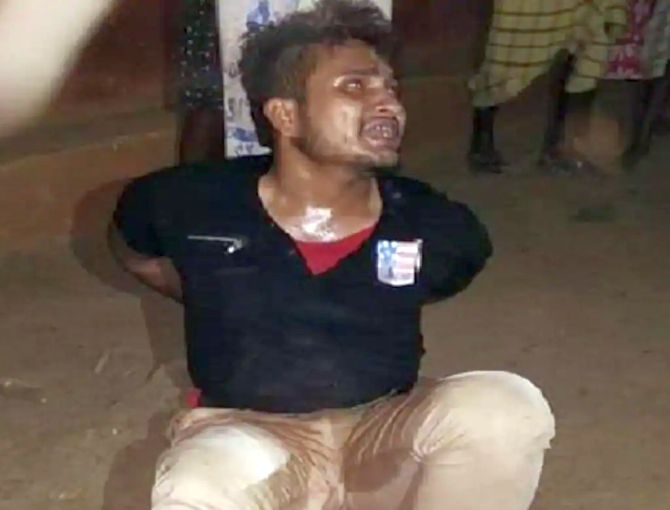 On the basis of the medical report, the police on Wednesday filed a supplementary chargesheet before a court in Seraikela-Kharsawan district, retaining section 302 (murder) of the Indian Penal Code against the 11 accused, the official said.

The police also filed a chargesheet against the remaining two accused, charging them with murder, after completing the investigation against them.

Ansari was seen on national television being beaten up with rods while tied to a pole and forced to chant "Jai Shri Ram" over alleged theft in June.

The police had, on September 10, dropped the murder charge against all the 13 accused in the case and converted it into one of culpable homicide not amounting to murder (section 304, IPC) on the basis of the post-mortem, medical and forensic reports, which said 24-year-old Ansari had died of cardiac arrest.

The official said as the previous medical report stating Ansari's death was caused due to cardiac arrest was not clear, the police took a second opinion of specialist doctors from the MGM Medical College and Hospital in Jamshedpur.

"On the basis of the main findings, we opined that the fracture of bone was a grievous injury caused by a hard and blunt object and the combined effect of fracture of bone, pale organs and heart chambers full of blood resulted in cardiac arrest," the report by the specialist doctors said.

The police also did not find any distortion in the video that had gone viral on social media platforms, showing Ansari being beaten up by the accused, the official said.

All the 13 accused have been arrested.

Ansari worked as a labourer and welder in Maharashtra's Pune and had come home to celebrate Eid when he was captured by locals at Dhatkidih village on the night of June 17 over suspicion of trying to steal a motorcycle.

He was tied to a pole and assaulted by a mob with sticks and iron rods. A video of the incident that went viral and was also flashed on television channels showed Ansari being forced to chant "Jai Shri Ram" and "Jai Hanuman" by his tormentors.

Though there was no evidence of the perpetrators' link to any Hindutva organisation, Vishwa Hindu Parishad (VHP) activists had protested against their arrest.

A special investigation team was set up to look into the case after Ansari was declared "brought dead" by the doctors at the Tata Main Hospital in Jamshedpur on June 22.

Two policemen were suspended in connection with the incident.