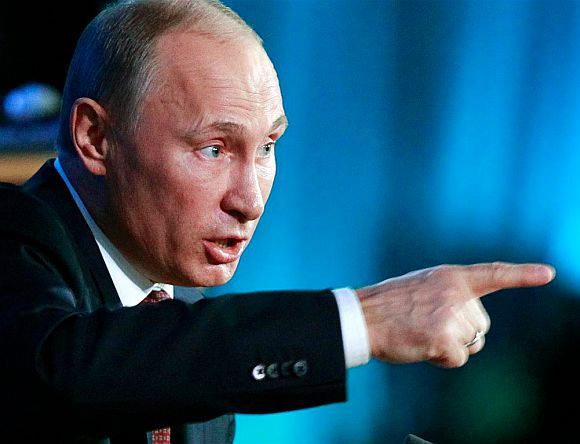 Russian President Vladimir Putin has warned the United States against any unilateral military stike on Syria, saying it would trigger a new wave of terrorism, result in the collapse of the United Nations and claim more innocent victims as the conflict could spread beyond Syria's borders.

Raising his voice against the US military strike against the Assad regime, Putin in an op-ed in New York Times wrote that such a move, despite strong opposition from many countries and major political and religious leaders, including the Pope, will result in more innocent victims and escalation, potentially spreading the conflict far beyond Syria's borders.

"A strike would increase violence and unleash a new wave of terrorism. It could undermine multilateral efforts to resolve the Iranian nuclear problem and the Israeli- Palestinian conflict and further destabilise the Middle East and North Africa. It could throw the entire system of international law and order out of balance," said the Russian president.

The Russian leader also said he has no doubt poison gas was used in Syria, but accused Syrian rebels for carrying out the chemical weapons attack.

"But there is every reason to believe it was used not by the Syrian army, but by opposition forces, to provoke intervention by their powerful foreign patrons, who would be siding with the fundamentalists," Putin wrote.

His op-ed piece came a day after his American counterpart Barack Obama told war-weary Americans in a nationally televised address that he has decided to postpone an attack on Syria to give diplomacy a chance.

Putin said that it is alarming that military intervention in internal conflicts of foreign countries has become commonplace for the US.

"Is it in America's long-term interest? I doubt it. Millions around the world increasingly see America not as a model of democracy but as relying solely on brute force, cobbling coalitions together under the slogan "you're either with us or against us'," he wrote.

Having taken the world's centre-stage amidst the Syrian crisis, Putin warned the international community against bypassing the United Nations as this would result in the collapse of the UN.

"No one wants the United Nations to suffer the fate of the League of Nations, which collapsed because it lacked real leverage. This is possible if influential countries bypass the UN and take military action without Security Council authorisation," Putin wrote.

Hinting towards the US, Putin said "It is extremely dangerous to encourage people to see themselves as exceptional, whatever the motivation." "There are big countries and small countries, rich and poor, those with long democratic traditions and those still finding their way to democracy. Their policies differ, too," he wrote.

His article appeared as US Secretary of State John Kerry took off for Geneva, where he was to work with his Russian counterpart Sergei Lavrov on a plan to neutralise Syria's chemical arsenal.

Noting that a new opportunity to avoid military action has emerged in the past few days, Putin said that the US, Russia and all members of the international community must take advantage of the Syrian government's willingness to place it's chemical arsenal under international control for subsequent destruction.

"Judging by the statements of President Obama, the US sees this as an alternative to military action. I welcome the president's interest in continuing the dialogue with Russia on Syria.

"We must work together to keep this hope alive," he wrote.

"If we can avoid force against Syria, this will improve the atmosphere in international affairs and strengthen mutual trust. It will be our shared success and open the door to cooperation on other critical issues," Putin wrote.

Putin, The New York Times said has made Russia indispensable in containing the conflict in Syria and has eclipsed Obama as the world leader driving the agenda on the crisis. "Although circumstances could shift yet again, Mr Putin appears to have achieved several objectives, largely at Washington's expense," the daily said.

"He has handed a diplomatic lifeline to his longtime ally in Syria, President Bashar al-Assad, who not long ago appeared at risk of losing power and who President Obama twice said must step down. He has stopped Mr Obama from going around the United Nations Security Council, where Russia holds a veto, to assert American priorities unilaterally," The New York Times said.

"He has boxed Mr Obama into treating Moscow as an essential partner for much of the next year, if Pentagon estimates of the time it will take to secure Syria's chemical weapons stockpile are accurate," the paper said. 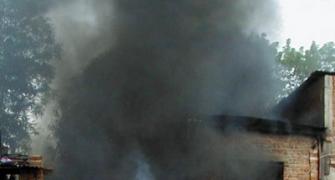 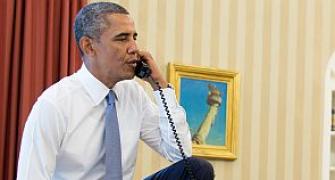 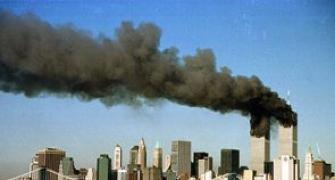 Obama leads US in sombre tributes to 9/11 victims 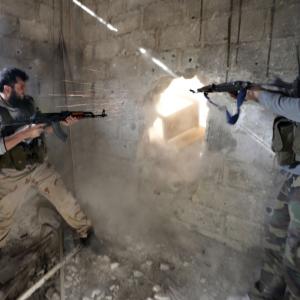 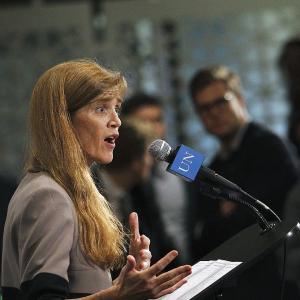