All you need to know about Nipah virus

Nipah, a rare and often deadly disease which is back in the news with a student in Kerala diagnosed with the infection, is a zoonotic virus which means it is transmitted from animals such as bats or pigs to humans, and can also spread through contaminated food and people-to-people contact.

Here is all you need to know about the virus, its symptoms and how you can prevent it. 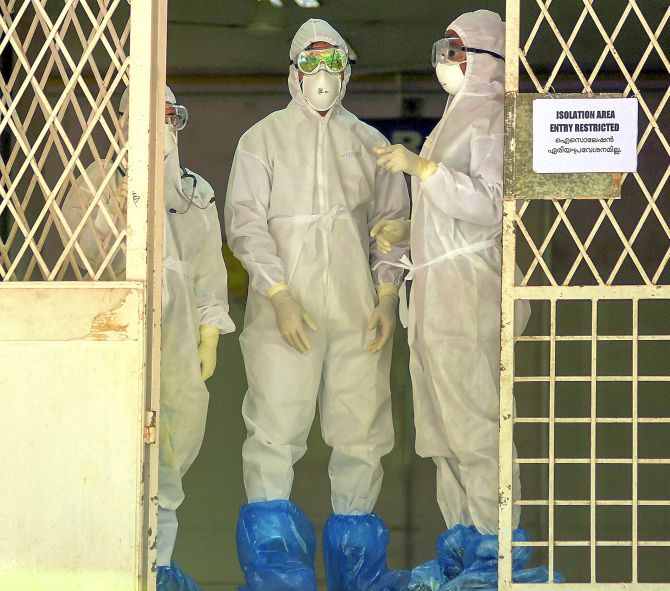 Human infections range from asymptomatic (no symptoms) to acute respiratory infection and fatal encephalitis, involving inflammation of the brain, according to the World Health Organization.

The incubation period -- interval from infection to the onset of symptoms -- mostly ranges from four to 14 days.

Most people who survive acute encephalitis make a full recovery, but long term neurological conditions have been reported in survivors.

The WHO estimates the case fatality rate at 40 per cent to 75 per cent.

The Nipah virus was first recognised in 1999 during an outbreak among pig farmers in Malaysia.

It was also recognised in Bangladesh in 2001, and nearly annual outbreaks have occurred in that country since.

The disease has also been identified periodically in India. 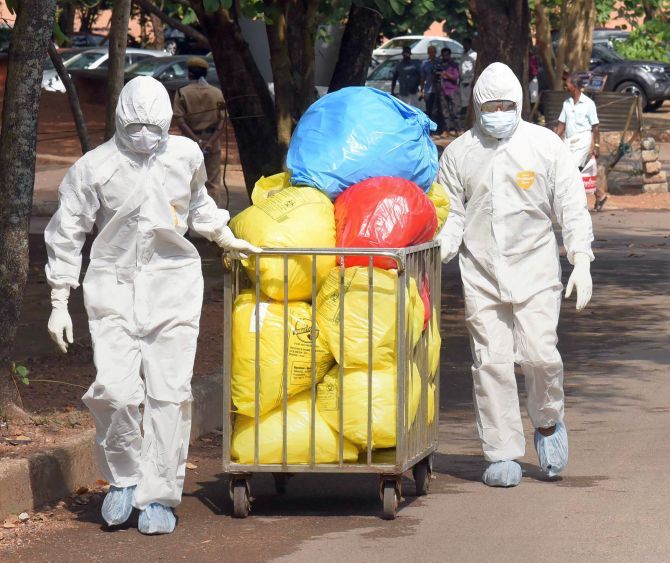 During the first recognised outbreak in Malaysia, which also affected Singapore, most human infections resulted from direct contact with sick pigs or their contaminated tissues, according to WHO.

Transmission is thought to have occurred via unprotected exposure to secretions from the pigs, or unprotected contact with the tissue of a sick animal.

In subsequent outbreaks in Bangladesh and India, consumption of fruits or fruit products, such as raw date palm juice, contaminated with urine or saliva from infected fruit bats was the most likely source of infection.

There are currently no studies on viral persistence in bodily fluids or the environment.

Human-to-human transmission of the virus has also been reported among family and care givers of infected patients.

During later outbreaks in Bangladesh and India, the Nipah virus spread directly from human-to-human through close contact with people's secretions and excretions.

"Once humans consume it, the virus transfers to their body. So, the virus never went anywhere in the first place. This is just a case of seasonal reactivation," explained Dr P Venkata Krishnan, Internal Medicine, Paras Hospital, Gurgaon.

"Avoid travelling to those areas where the Nipah virus has been detected. The cases are localised to particular areas and are not widespread," he said.

Initial signs and symptoms of the Nipah virus infection are nonspecific, and the diagnosis is often not suspected at the time of presentation. 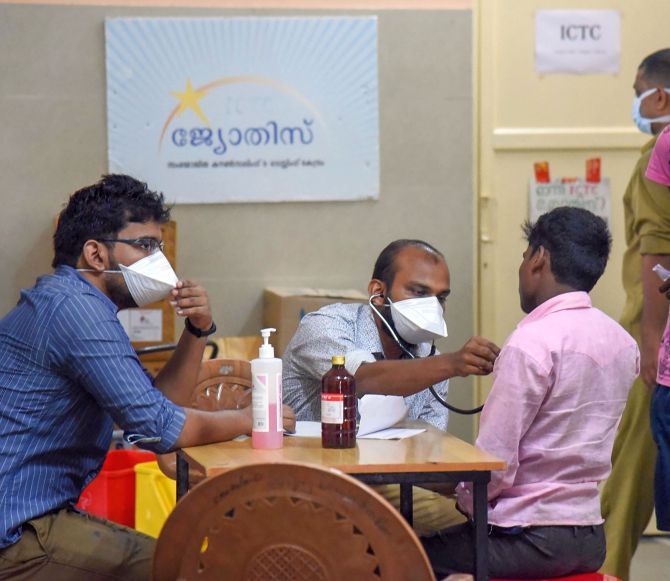 There are currently no drugs or vaccines specific for the infection although WHO has identified the virus as a priority disease for the WHO Research and Development.

"There is no vaccine available for Nipah right now. Ribavirin, an antiviral, may have a role in reducing mortality among patients with encephalitis caused by Nipah virus disease," said Dr Deepak Verma Internal Medicine, Columbia Asia Hospital in Ghaziabad.

According to a recent study published in the journal Science Translational Medicine, an experimental Ebola drug, remdesivir, protected monkeys against Nipah infection. 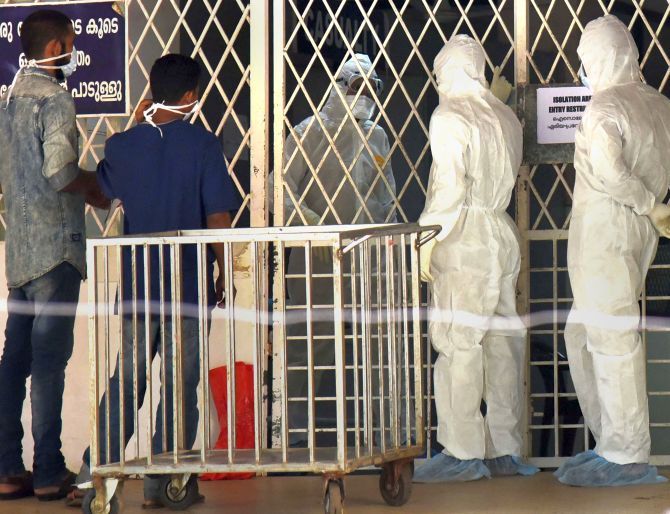 IMAGE: A patient, second from left, from Odisha showing symptoms of Nipah virus being shifted to the isolation ward. Photograph: PTI Photo

Fruit bats of the family Pteropodidae -- particularly species belonging to the Pteropus genus -- are the natural hosts for Nipah virus.

Outbreaks of the Nipah virus in pigs and other domestic animals such as horses, goats, sheep, cats and dogs were first reported during the initial Malaysian outbreak in 1999.

If an outbreak is suspected, the animal premises should be quarantined immediately.

Culling of infected animals -- with close supervision of burial or incineration of carcasses -- may be necessary to reduce the risk of transmission to people.

Restricting or banning the movement of animals from infected farms to other areas can reduce the spread of the disease.

In the absence of a vaccine, the only way to reduce or prevent infection in people is by raising awareness of the risk factors and educating people about the measures they can take to reduce exposure to the Nipah virus.