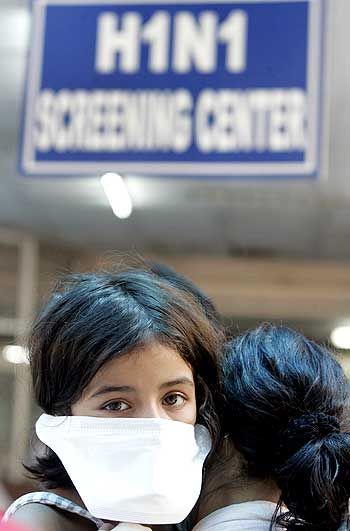 Government on Friday admitted to shortage of laboratories for testing swine flu which has so far claimed 965 lives and said efforts are being made to set up such facilities in every state.

“We have 21 laboratories for testing swine flu. But that is not enough. We are planning to set up H1N1 testing laboratories in every state of the country and financial provisions are being made for it,” Health Minister J P Nadda told Lok Sabha while responding to questions.

He said 965 people have died due to swine flu this season. At the same time, he said there was no need for panic but people need to be fully alert.

The minister insisted that there was no shortage of medicine to treat swine flu affected people and it is available in government hospitals and dispensaries free of cost.

The Health Ministry had started taking initiatives with the onset of winter when the H1N1 virus starts getting active, he said.

“We had made arrangements for doctors, medicines, testing facilities, isolation wards in November with the active support of the state governments,” he said.

Nadda said he has personally spoken to several Chief Ministers, including Telangana, Madhya Pradesh, Chhattisgarh, Rajasthan and Bihar, and taken stock of the situation.

He said even if a person takes swine flu vaccine, it is not foolproof and personal protection like mask and cleanliness have to be taken.

Nadda said the swine flu symptoms like mild fever, cough etc. are very common but medicine must be taken immediately once the disease is suspected, without waiting for the test results.

On Thursday, Health Ministry sources had said the total number of people affected by swine flu crossed the 17,000 mark.