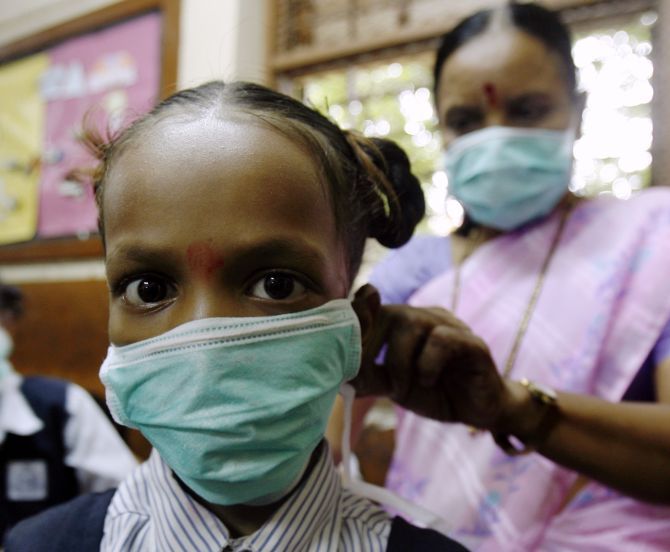 As many as 51 more people have died due to swine flu in the country raising the toll to 926 even as the number of those affected by the H1N1 virus breached the 16,000 mark on Wednesday.

According to collated data from the health ministry till February 24 this year, the total number of deaths due to the disease has reached 926 while the number of affected persons in various states stood at 16,235.

The health ministry data on Tuesday had showed that 875 people had died due to the disease while 15,413 people had been affected with the H1N1 virus.

The maximum toll was reported from Rajasthan, which has been the worst affected state, with 234 deaths till February 24 while the number of affected persons has risen to 4,884.

In Maharashtra, the death toll has risen to 112 while the number of affected persons was 1,221. Telangana, Karnataka and Punjab too have witnessed 54, 39 and 38 deaths respectively.

In Delhi, the health ministry said that although the number of deaths is eight, there has been a rise in the number of affected persons which currently stood at 2,456.

Assuring that the government was taking a serious view of the issue, Health Minister J P Nadda warned people to be careful but said there was no need for panic as medicines and facilities to tackle the disease were in place.

While responding to members' concerns in the Rajya Sabha, Nadda said the government would leave no stone unturned to tackle the issue while assuring that there was no shortage of medicines and swine flu testing facilities were being provided free of cost at specified government hospitals.

Upping the ante against the government over the rising death toll due to swine flu, the Congress accused it of approaching the issue in a ‘casual manner’.

“The health ministry’s statement on swine flu confirms our fear that government is taking a casual approach on an issue that qualifies as a public health crisis," tweeted Ahmed Patel, political secretary to Congress president Sonia Gandhi.

Meanwhile, in view of the outbreak of swine flu in the country, the Arunachal Pradesh government has sounded a ‘red alert’ and has temporarily prohibited sale of pork as a precautionary measure.

The World Health Organisation said it was ‘carefully watching’ the swine flu situation in India though it said that there were ‘no signs’ yet of the makings of a large outbreak of the H1N1 virus.

On vaccination, Nadda said experts have opined that it does not provide 100 per cent protection and questions are being raised on its efficacy too.

"I want to assure the House that the inputs given by you will be discussed at the review meeting today. Keeping in mind the sentiments of the House, I will take efforts in all possible ability at my command," Nadda said.

He had on Tuesday confirmed that the cases of influenza A currently being reported are of H1N1 which is the same virus which took a huge toll in 2009 and 2010 and there is ‘no mutation’ in the virus.