'BJP expected Vajpayee to get the Bharat Ratna'

Leader of the Opposition in Lok Sabha Sushma Swaraj expressed disappointment over former Prime Minister Atal Bihari Vajpayee not getting the Bharat Ratna this year, saying the Bharatiya Janata Party was expecting it. She also said the sanctity of these awards should be maintained as even some failures have been conferred with the honour.

"When the Padma awards were announced, we were in custody. We expected a Bharat Ratna for Atal Bihari Vajpayee," Swaraj said on twitter. She was referring to the announcement of Padma awards on the eve of Republic Day when Swaraj and her Rajya Sabha counterpart Arun Jaitley were detained in Jammu while they were on their way to Lal Chowk in Srinagar to hoist the national flag.

The BJP has often batted for Vajpayee saying he deserved the highest civilian award. Senior leader L K Advani had earlier written a letter to the prime minister requesting that Vajpayee should be awarded the Bharat Ratna for his services to the nation. Several senior BJP leaders had then followed suit and echoed these views.

so is his secretary". Vajpayee's National Security Advisor Brajesh Mishra was awarded the Padma Vibhushan this year. Swaraj did not stop at Vajpayee's case and insisted that Padma awards were losing their sheen as some people who did not deserve it had been bestowed with the honour while the more competent ones were ignored. "I had recommended Padma Bhushan for Dharmendra. Do you believe that the veteran actor is not even a Padamshree?" she tweeted.

She further mentioned that her other recommendation for a Padma Shri for noted Hindi writer Narendra Kohli was also ignored. "But then Padma list lacks rationale," she tweeted. "There are definitely some men of achievements. There are also those who have been honoured for their failures," she said.

The BJP has often cited the case of controversial NRI hotelier Sant Singh Chatwal, who was awarded a Padma award by the UPA government, to say some undeserving individuals had got the awards. Chatwal is facing charges of tax evasion and failure to repay a huge loan from an Indian public sector bank. "We must enhance the sanctity of the Padma awards. We should devise a mechanism to ensure that men of letters are not ignored," Swaraj tweeted.
Source: PTI© Copyright 2021 PTI. All rights reserved. Republication or redistribution of PTI content, including by framing or similar means, is expressly prohibited without the prior written consent.
Related News: Padma Vibhushan, Bihari Vajpayee, Bharatiya Janata Party, Sushma Swaraj, NRI
SHARE THIS STORY
Print this article
PBD, Day 2: Kerala official's comment angers NRIs 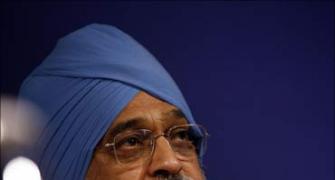 What Montek told the Indian diaspora 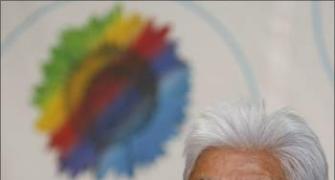 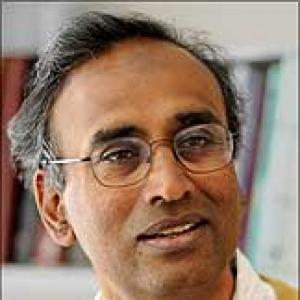