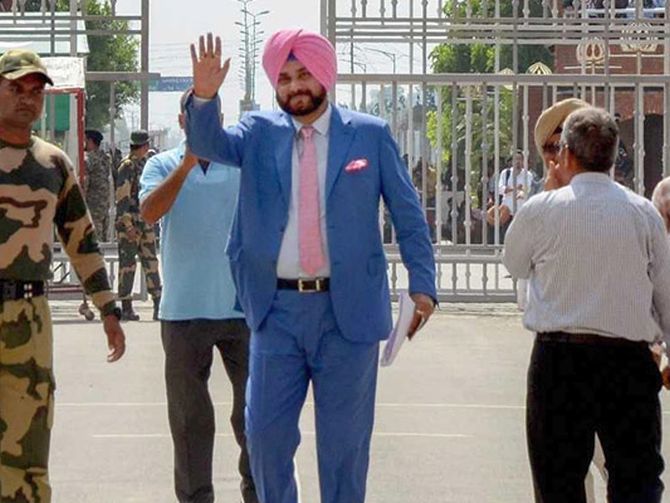 Punjab minister Navjot Singh Sidhu on Monday met External Affairs Minister Sushma Swaraj and urged her to help initiate dialogue with Pakistan on the opening up of the Kartarpur Sahib corridor.

Union minister and Akali leader Harsimrat Kaur Badal, however, claimed that Swaraj "reprimanded" Sidhu for "messing up" the issue of the Kartarpur Sahib corridor dialogue and accused him of "misusing" the political clearance granted to him in visiting Pakistan recently to attend Imran Khan's swearing-in as prime minister there.

Sources said Sidhu met Swaraj along with another senior Congress leader and a former Rajya Sabha MP to discuss the issue with her.

Sidhu had courted controversy by hugging Pakistan Army chief Qamar Javed Bajwa and claimed that he did so as Bajwa told him that the Pakistan government was working out opening of the Kartarpur corrdidor for Sikh pilgrims from Indian state of Punjab.