Leader of the Opposition in Bengal Assembly Suvendu Adhikari on Friday submitted a petition to Speaker Biman Banerjee seeking disqualification of Mukul Roy's membership in the House under the anti-defection law as he has recently crossed over from the Bharatiya Janata Party to the Trinamool Congress, a senior leader in the saffron party said. 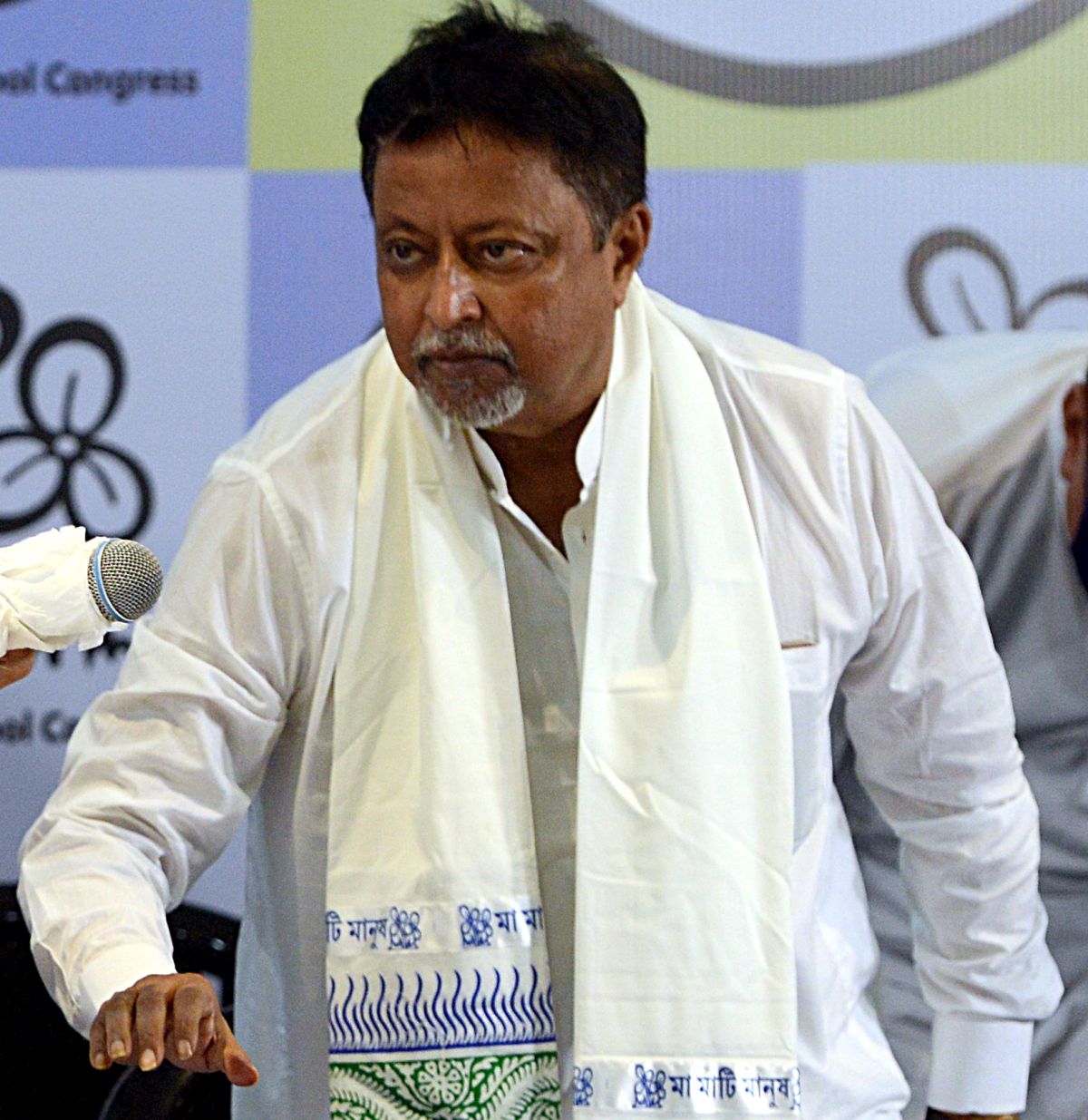 The TMC, in response, insisted that the opposition leader should request his father and parliamentarian Sisir Adhikari to lead by example, as he, too, switched over to the BJP from the Mamata Banerjee camp ahead of the assembly polls.

The speaker, when contacted, however, said he won't be able to say anything about the petition for now as he was yet to visit the assembly.

"We have submitted a letter to the Speaker seeking disqualification of MLA Mukul Roy's membership in the House. He had won the election on a BJP ticket, but joined the TMC subsequently. Therefore, as per law, he should resign. We have requested the Speaker to look into the matter," saffron party MLA Manoj Tigga said.

Earlier this month, Roy rejoined the TMC, of which he was once the second-in-command, following his three-and-a-half year-long stint in the BJP.

He had contested the March-April assembly polls on a BJP ticket and bagged the Krishnanagar Uttar seat.

Adhikari, a few days ago, had met Governor Jagdeep Dhankhar to complain about Roy.

Taking to Twitter, Rajya Sabha MP Swapan Dasgupta, who had unsuccessfully contested the assembly election on a BJP ticket, said the law demands that he resign as MLA as he was elected on the BJP symbol.

'Last week Mukul Roy joined AITC in presence of @MamataOfficial. There was no ambiguity over his defection. Politics will take its course, but law demands he resign as MLA elected on BJP symbol. Let him follow his own course of resigning from Rajya Sabha in 2017 before joining BJP,' Dasgupta tweeted.

Making light of BJP's assertions, TMC state general secretary Kunal Ghosh, said the leader of opposition should ask his father Sisir Adhikari, who joined the saffron camp in March, to 'resign as our party MP before lecturing others'.

Sharing a similar view, TMC Rajya Sabha deputy leader Sukhendu Sekhar Roy said the BJP, which has formed government in other states by 'poaching MLAs' from others parties, shouldn't be the one giving sermons on the anti-defection law.

"The TMC has not forced anyone to join the party, unlike the BJP. The BJP in other states have used every trick -- from threats to intimidation -- to poach MLAs of other parties," he added.