TMC writes to EC over Suvendu 'harbouring criminals in Nandigram'

Trinamool Congress on Monday wrote to the Election Commission seeking the latter's intervention over the issue of allegedly "harbouring of criminals" by Bharatiya Janata Party leader Suvendu Adhikari in Nandigram. "It has come to our knowledge that Suvendu Adhikari, the candidate fielded by BJP in Nandigram has been harbouring criminals, who are non-residents of Nandigram. We request you to immediately intervene and direct necessary steps to be taken by police to forthwith apprehend all the outside anti-social elements hired and harboured by Suvendu Adhikari," reads the letter.

Nandigram will witness the most high-profile contest of West Bengal elections with Chief Minister Mamata Banerjee taking on her former ministerial colleague Suvendu Adhikari, who had joined BJP in December last year. Adhikari had earlier said that BJP will defeat Banerjee by over 50,000 votes from Nandigram.

The polling in Nandigram will take place on April 1, in the second phase of the upcoming elections.

The BJP and the Trinamool Congress are at loggerheads in poll-bound West Bengal. The top leadership of the BJP has been holding public meetings and roadshows across the state in recent months.

Elections to the 294-member West Bengal assembly will be held in eight phases starting from March 27 with the final round of voting taking place on April 29. The counting of votes will take place on May 2. 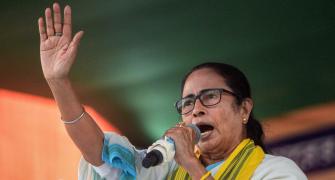 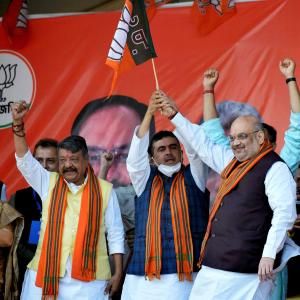