Suspended IPS officer Sanjeev Bhatt, seeking relief in a 1990 case related to alleged police atrocity, on Thursday told the Gujarat high court he was being "harassed" by the state government as he has made allegations against Chief Minister Narendra Modi regarding the 2002 riots.

Bhatt has challenged the government's decision to withdraw a plea seeking revision of a Jamnagar sessions court's order initiating criminal proceedings against him and six others in connection with the two-decade-old police atrocity case were one person had died in Jamnagar.

Bhatt's advocate I H Syed on Thursday submitted before Justice R H Shukla that the state's Bharatiya Janata Party government has been changing its stand in the case from time to time.

Syed said the withdrawal of revision application, 15 years after it was filed, seeking review of the court order initiating criminal proceedings against Bhatt and others, was intended to "harass" the IPS officer, who has alleged Modi's complicity in the post-Godhra communal violence.

Since Bhatt was an important witness in the Supreme Court in 2002 riot cases and had accused Modi of misusing state machinery during the violence in an affidavit in the SC, the government had decided to withdraw its plea, he said.

Syed pointed out that while filing the application in 1996, the state had defended the policemen saying they had acted in line of duty in order to control communal riots.

Syed further contended that while withdrawing the revision application, the government did not provide any reasons for its change of stand. 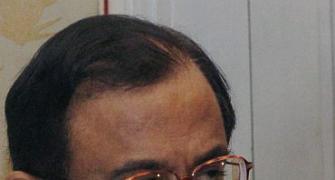 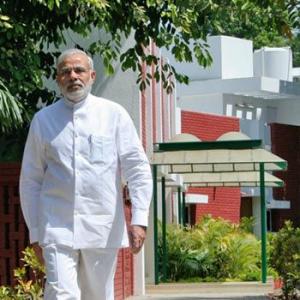 India's diversity, and democracy, made Modi change his stripes Why the world may prefer India to China