Sushma thanks Iran after 9 jailed Indian sailors are released 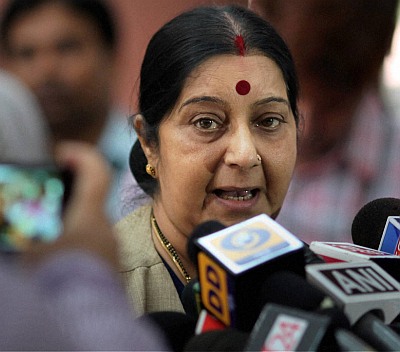 Nine Indian sailors who were in a jail in Iran on charges of smuggling have been released and will reach Delhi on Wednesday, External Affairs Minister Sushma Swaraj informed.

"We have secured the release of Sushil Kapoor and 8 Indians from jail in Iran. They will reach Delhi on Wednesday," she said.

Swaraj had raised the issue of the jailed Indians with Zarif during his visit here in August.

After her meeting with Zarif back then, Swaraj had tweeted, "I had a good meeting with Foreign Minister of Iran. I raised the issue of nine Indian sailors detained in Iran. I requested him for waiver of $2.9 million fine imposed on them and for their early release."

These Indians, who were part of a shipping crew, were in a jail in Iran for two years on charges of smuggling oil.