The Supreme Court on Friday upheld the constitutional validity of the 156-year-old penal laws on defamation, saying "reputation of one cannot be allowed to be crucified at the altar of the other's right of free speech".

The apex court rejected the pleas of Congress Vice President Rahul Gandhi, Delhi Chief Minister Arvind Kejriwal, Bharatiya Janata Party leader Subramanian Swamy and others to decriminalise the colonial-era penal provisions and they will now have to face criminal defamation cases lodged against them.

Upholding the constitutional validity of sections 499 and 500 of the Indian Penal Code, dealing with criminal defamation and punishment for it which entails upto two years imprisonment or fine or both, the court held that the right to freedom of speech and expression is "absolutely sacrosanct" but "is not absolute."

The bench comprising Justices Dipak Misra and Prafulla C Pant said the balance between the two rights -- freedom of speech and right to reputation -- needed to be struck and "reputation of one cannot be allowed to be crucified at the altar of the other's right of free speech".

The judgement, delivered on a batch of 27 pleas, including those filed by Rahul, Kejriwal and Swamy, said that they can now knock the doors of various high courts to challenge the issuance of summons by magisterial courts within eight weeks during which the interim protection and stay of criminal proceedings against them would remain in force.

The top court, which analysed the two penal provisions and section 199 of the Code of Criminal Procedure dealing with prosecution for defamation, did not agree with the contentions that criminalising defamation attacks freedom of speech and expression guaranteed under Article 19 (2) of the Constitution and there cannot be reasonable restriction on free speech.

However, it clarified that since the offence of criminal defamation has its own gravity, the magistrates have to be extremely careful in issuing summons.

"As we declare the provisions to be constitutional, we observe that it will be open to the petitioners to challenge the issue of summons before the high court either under Article 226 of the Constitution of India or section 482 CrPC, as advised and seek appropriate relief and for the said purpose, we grant eight weeks time to the petitioners," the bench said.

It also made it clear that if any of them has already approached the high court and also become unsuccessful before this court, he shall face trial and put forth his defence in accordance with the law.

While Swamy is facing three criminal defamation cases in Tamil Nadu filed by the J Jayalalithaa government for allegedly making certain comments against her, Rahul has a case in Bhiwandi in Maharashtra for allegedly blaming the Rashtriya Swayamsevak Sangh for the assasination of Mahatma Gandhi.

Kejriwal is facing a number of defamation cases out which criminal proceedings are stayed in four. The cases against him have been filed by Union ministers and BJP leaders Arun Jaitley, Nitin Gadkari, Congress leader Kapil Sibal's son Amit Sibal and by others.

After the pronouncement of the 268-page verdict in a packed court, senior advocate Kapil Sibal, appearing for the Congress vice president, sought extension of the eight week stay on criminal proceedings till July 19 when the case will come up for hearing in the trial court.

After Sibal submitted that eight weeks period would not cover the protection for Gandhi, the bench said he can move the apex court in July and seek reliefs.

While dealing with the contentions, the bench held that the right to freedom of speech and expression is "abolutely sacrosanct" but "is not absolute" and "is subject to imposition of reasonable restrictions" and "it is difficult to come to a conclusion that the existence of criminal defamation is absolutely obnoxious to freedom of speech and expression."

Holding that the legislature in its wisdom has not thought it appropriate to abolish criminality of defamation in the obtaining social climate, the bench brushed aside the contention that "the existence of defamation as a criminal offence has a chilling effect on the right to freedom of speech and expression."

"Once we have held that reputation of an individual is a basic element of Article 21 of the Constitution and balancing of fundamental rights is a constitutional necessity and further the legislature in its wisdom has kept the penal provision alive, it is extremely difficult to subscribe to the view that criminal defamation has a chilling effect on the freedom of speech and expression," the bench said.

However, it said since "the offence has its own gravity and hence, the responsibility of the Magistrate is more. In a way, it is immense at the time of issue of process." 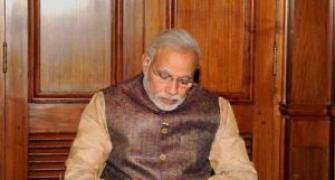 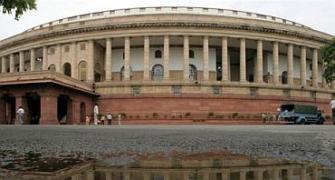 WATCH LIVE! All the action in Parliament 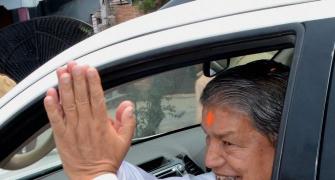 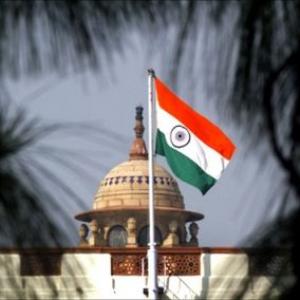 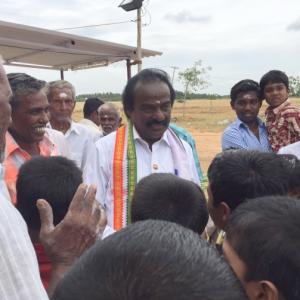