Suniel Shetty to be grand marshall at NYC's I-Day parade

Valour and sacrifice of the Armed Forces will be honoured at this year's India Day parade, the largest parade outside India to mark the country's independence that brings together thousands of members of the diaspora for one of the biggest cultural extravaganzas in the US. 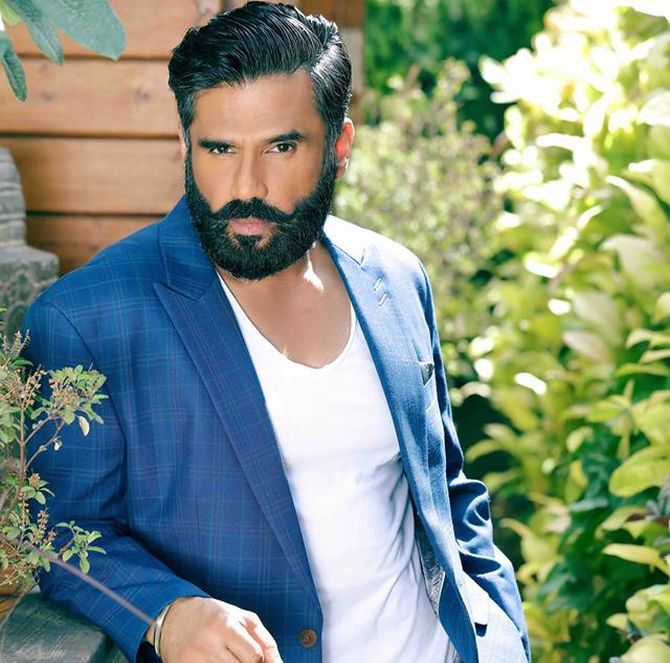 With the central theme of 'Support Our Troops, Salute Our Troops', the Federation of Indian Associations in New York, New Jersey, Connecticut will organise the 39th India Day Parade on August 18.

The FIA said it upholds the idea of harmony and mutual admiration and the parade is a "celebration of India and America's tribute to the real heroes - our troops." Like previous years, celebrities from India will headline the parade as special guests.

This year, actor and entrepreneur Suniel Shetty, who had starred in one of India's most popular patriotic films Border, will be the Grand Marshal of the parade and actress Hina Khan as well as National Basketball Association Commissioner Adam Silver will be special guests.

"Our troops, soldiers sacrifice their lives for us. This will be our tribute to them and an occasion for us to remember their service, courage and valour," FIA NY Tri-state President Alok Kumar.

Every year, thousands of people from the Indian diaspora converge in the heart of Manhattan in their traditional finery to celebrate India's Independence Day. The day-long celebration includes special food stalls, cultural extravaganza and floats by various Indian organisations based in the US.

Popular celebrities and artists from India are invited every year as chief guests and grand marshals for the parade. In previous years, actors Arjun Rampal, Abhishek Bachchan, Baahubali actors Rana Daggubati and Tamannaah Bhatia, Sunny Deol and Raveena Tandon have attended the parade.

Kumar said the highlight of this year's parade will be Manipuri dance performances and other cultural features showcasing the rich heritage and diversity of India. The parade, to be attended by the city's senior political and corporate leaders, will feature about 34-40 floats representing varied themes and topics.

Kumar said the Indian-American community plays a very important role in strengthening bilateral ties and "our aim is to ensure that this bond is deepened further, politically, culturally and socially so that this contributes to growth of India."

He underscored that Indian diaspora wants to contribute in their own ways to help achieve Prime Minister Narendra Modi's vision of making India a five trillion dollar economy.

"As the Indian community, we are ready to contribute in whatever way possible to help achieve this goal. Affection for one's motherland is life-long and we are putting all our efforts to help take India forward," Kumar said.