Miffed over his removal as minister in-charge of Meerut, Samajwadi Party leader Azam Khan has shot off a letter to Akhilesh Yadav, stating that the Uttar Pradesh chief minister could remove him from the state cabinet if he was found unfit to be a minister.

Terming his removal as minister in-charge of Meerut as "improper", Khan on Thursday admitted writing a letter to the UP chief minister, but denied that he has offered to quit.

He was asked whether he had offered to quit the government.

In his letter, Khan offered to resign from the post of minister in-charge of Ghaziabad and Muzaffarnagar districts, saying if he was unfit to be in-charge of Meerut, he could not be the guardian minister of other districts too.

Panchayati Raj minister Balram Yadav has been given the charge of Meerut district, sources in UP government said in Lucknow.

Though there was no word from the party on the issue, the development is said to be a fallout of differences between Khan and UP Minister of State Shahid Manzoor, who is a three time Member of Legislative Assembly from Kithore in Meerut, they said.

Khan, who is the urban development and minorities welfare minister, was the minister in-charge of Ghaziabad, Meerut and Muzzafarnagar. 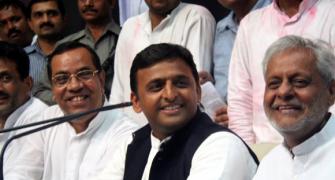 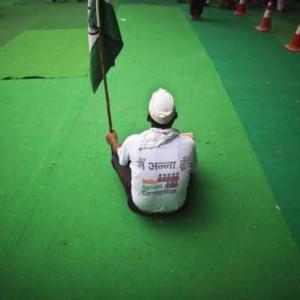