The story of an accidental chef

Chennai is now home for Willi Wilson, for whom everything in life has been  accidental, finds Shobha Warrier.

Everything in Willi Wilson's life has been accidental; from becoming a chef after joining the army to moving from his hometown in New Zealand to Australia to China and finally making India his home.

Popularly known in the hotel circles as 'Chef Willi', (he is now the chief operating officer, food and beverages at Burgundy Restaurants, Fresco Gelato and Tuscana Restaurants) Wilson was born in a lower middle class family in a small town in New Zealand. His family could never afford a holiday or exotic food when he was a child. The only holiday in the weekends were the visits to his grandmother, and the only food he had was what his mother provided at home.

After a small stint as a horticulturist, he joined the army at 17. But what awaited him was not the battlefield but the kitchen.

"I was a bad soldier but the army gave me good training in cooking. It happened accidentally. One of the first people I met was an English sergeant who had won some medals for his culinary skills. The way he made pastries amazed me. He showed me what cooking was all about, and cooking suddenly interested me. Luckily, I was put in the mess by chance.

Soon, I was sent to train in international cooking in a hotel in New Zealand. And that changed my life forever."

As days passed by, the joy he derived from cooking grew by leaps and bounds; so did the desire to learn the culinary practices of other countries. At 21, he left the army and went to Australia to be a chef. Then he went on to Great Britain and Germany. After 1987, he started traveling all around the world, and that is how he reached China and became the executive chef at the Sheraton.

His mother was initially happy that he had a job. As he started working in hotels all around the world, his mother became really proud of him. But not his friend's mother, chuckles Willi. "She asked me one day, 'Willi, in which pub are you working?' That was the time I was the chief chef in a five-star hotel and 180 cooks worked under me. But her question brought me back to the ground!"

After the Tiananman Square incident, Willi decided to leave Beijing for Singapore. The next destination was the newly renovated Oberoi Grand in Kolkata as the chief chef. That was in 1996.

"I wanted to be in a place that was different from Singapore, New Zealand and Australia. India, and Kolkata, seemed to be a land of excitement," remembers Willi. But his Scottish wife didn't share the excitement, and she left for Scotland after two months in Kolkata, only to come back after he moved to Goa.

Kolkata was the City of Joy for him "despite the slums, the traffic and red flags. The poverty did not shake me as I was in China before I came to Kolkata. More than that, more of my interactions were with the people who worked with me. I had a tough time in China as I had to educate the Chinese workers more than I did in India. And I still cherish the long walks I had from the bridge over the Hooghly river. It was a tough but friendly city."

It was at the Oberoi that he also got the name 'Chef Willi'. The name stuck and even today, people call him that. "When I came here [Chennai], many people asked me, are you not Chef Willi from the Oberoi?"

One thing he will never forget about Kolkata is the love and warmth he received from his team. He recollects with amusement his shock when he saw his kitchen staff shouting "Chef go home, Chef go home..." outside his office.  A couple of weeks later, when they greeted him, 'Hello Chef, how are you?' he said, 'I thought you wanted me to go home'. "No, no... don't worry. You are always welcome here and we want you here but when the union man makes us stand there and shout, we have to do that!"

That was Willi's first exposure to "red flags and Communism" and he describes this as "Communism with a human face"! Most of them are Willi's friends even now. After three years, he bid goodbye to the Oberoi Grand, red flags and Communism, and moved from Kolkata to Goa. "It was a different experience altogether. My wife, who joined me in Goa, and I, used to go down to the beach and have coffee every evening! However busy I was, we used to go for a half hour walk on the beach.Those were wonderful days, very relaxing. On the other hand, you don't have any such place to relax in Kolkata."

After Goa, it was the Leela at Mumbai. And in 2002, he moved to Chennai to take care of the Park with the intention of going back in six months. "But here I am. It is 2010 and I am still here in Chennai."

From being a chef at the Park, he decided to take charge of food and beverages at Pink Papaya Foods in 2006. Why this change? "With the untimely death of my wife, I had only my cat as company. I had no family, and I was going through a real tough time. I did not want to work from morning till night. I was tired of hotels as it was my work that prevented me from spending enough time with my wife when she was ill. I wanted to take a break and travel to unknown countries. If I am a chef, I can't do this. That was when Vipin Sachdev (managing director, Pink Papaya) asked me, will you work for me? I accepted the offer and decided to move from the kitchen to F&B."

Wherever he escaped to, he has to be back in Chennai where his friends and acquaintances are. " I don't know anyone in New Zealand now. I have no one in any other place in the world. I have to be back in Chennai after a while. If the government of India had the permanent resident option, I would have definitely taken it.

Sadly even after 15 years, I can't stay permanently in India. I like India. I like its people. Yes, I don't like the dirt and the traffic but my likes are far more than my dislikes. Chennai is one of the few cities in India where you have a beautiful beach right outside the city. You work in the city and in the weekends, disappear to the East Coast Road. Where else you can have such a luxury? I will buy an apartment here and make my base here. I do not want to be a refugee any more."

Does that mean he feels at home in Chennai? "No, I don't 'feel at home' in Chennai; It is my home." 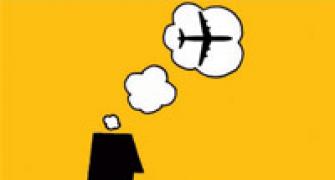 Vayalar Ravi to be airlifted to Chennai